Arrests on US Capitol steps ahead of vote on top judge 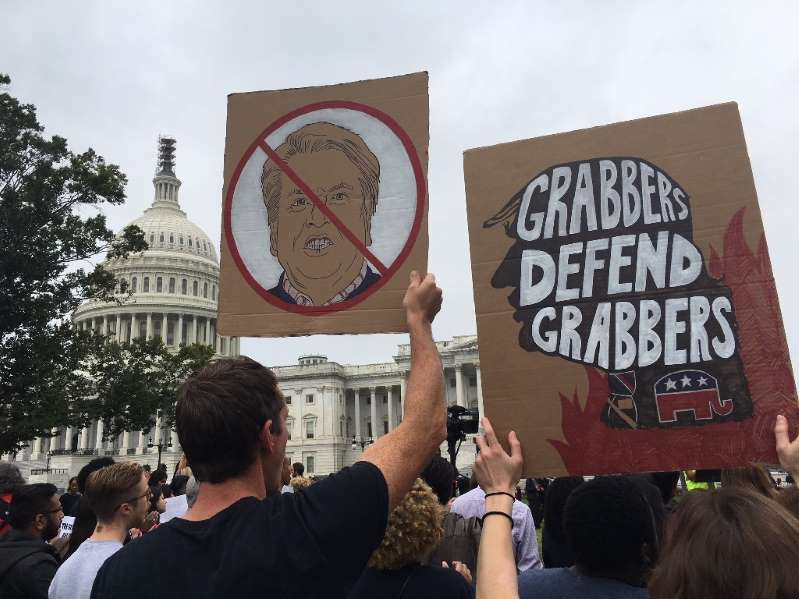 About 2,000 protesters -- most of them women -- gathered outside the United States Capitol building. (AFP: Photo)

Police on Saturday began arresting protesters who had gathered just feet (meters) from the entrance to the United States Capitol building, despite a barricade blocking off the area, as legislators inside prepared to confirm Judge Brett Kavanaugh to the Supreme Court.

The group of about 150 who somehow got around the newly-erected barricade were among about 2,000 protesters -- most of them women -- outside the building where senators were to vote mid-afternoon.

They were expected to appoint the conservative judge to the court after a nomination process which bared partisan divisions ahead of US midterm elections next month.

An AFP reporter saw more than 60 protesters handcuffed by US Capitol Police, after officers issued a warning and led them down the Capitol steps as the demonstrators raised clenched fists.

"Vote them out!" the protesters chanted, along with: "Hey, hey, ho, ho, Kavanaugh has got to go."

They had laid out banners several feet long on the east steps of the Capitol, which faces the Supreme Court building.

"November is coming," said one of their banners.