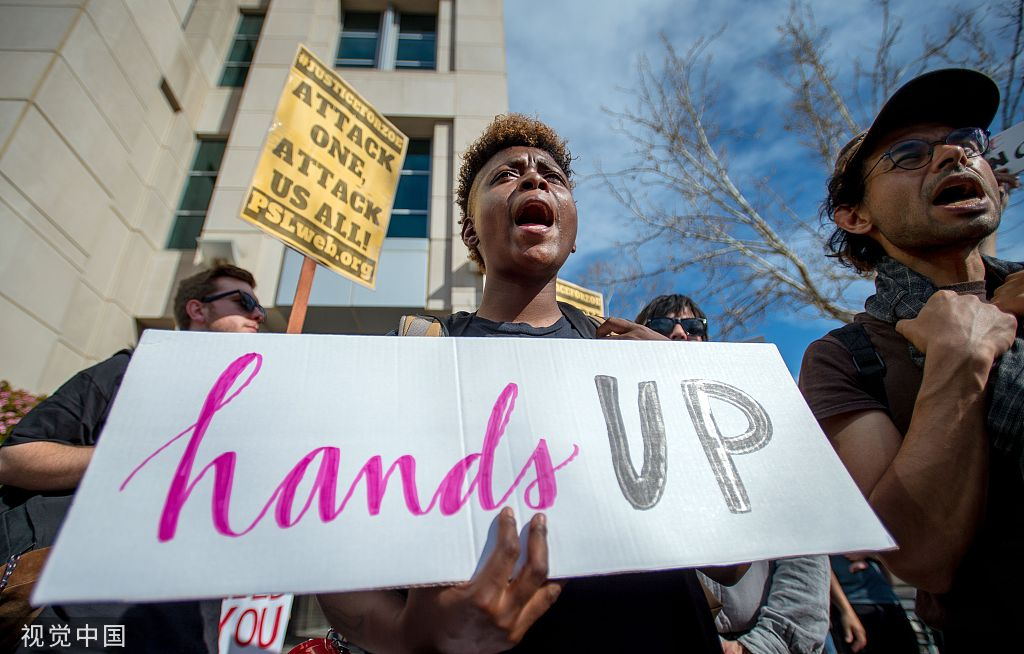 Black Lives Matter protesters march for Stephon Clark, an unarmed African American who was shot and killed by police at his grandmother's home, on the day of his funeral in downtown Sacramento, California, on March 29, 2018. (Photo: VCG)

BEIJING -- An article by the China Society for Human Rights Studies (CSHRS) has exposed the hypocrisy of the United States on human rights as evidenced by its racial discrimination situation.

"For all its self-styled positioning as a defender of human rights, the United States has neither the will nor the ability to solve the severe problem of racial discrimination on its own territory. This exposes the institutional and structural defects of the United States," said the CSHRS article published on Friday.

Racial discrimination in the United States is found in every aspect of people's lives, particularly in law enforcement, the judiciary, the economy and society, according to the article titled "The Deep-Rooted Racial Discrimination in the US Highlights Its Hypocrisy on Human Rights."

With deep and profound causes, racial discrimination has become a grievous social problem for the United States, and is now a flashpoint for social conflict, said the article.

The status of race relations in the United States is determined by the country's political structure, historical traditions and ideology, said the article, adding that without reform of these, there can be no way to break through the impasse in racial discrimination and end the resulting vicious circle in race relations, and the proper protection of the human rights of racial minorities cannot happen.