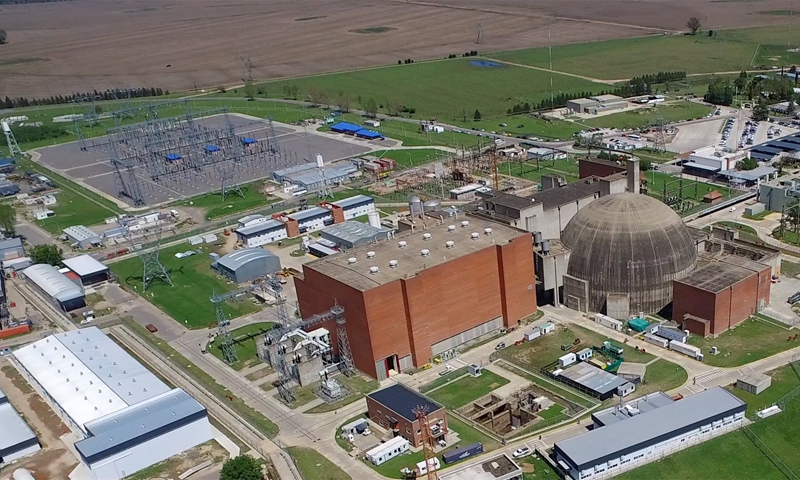 As heavily indebted Argentina is reportedly seeking full financing from China for a new $8.3 billion nuclear power plant in the country, Chinese experts said on Wednesday that such a possibility may exist but details and risks should be addressed through bilateral negotiations.

"We're aiming for 100 percent in terms of financing from China to guarantee no delays, given the problems we have with funding," said Jorge Sidelnik, executive director of Nucleoelectrica Argentina, a state operator of nuclear power plants, Reuters reported.

It said that Argentina has to bring down its fiscal deficit under the terms of a recent $44 billion IMF program, including cutting billions of dollars in energy subsidies, and therefore hopes that China could increase financing from 85 percent of the cost.

Argentina reached an agreement with China National Nuclear Corp (CNNC) in February for the construction of the project, named Atucha III Nuclear Power Plant. CNNC didn't immediately comment when reached by the Global Times on Wednesday.

"There is a possibility that China may consider fully financing the nuclear power plant, but would seriously assess potential risks, with the core concern being geopolitical issues," Lin Boqiang, director of the China Center for Energy Economics Research at Xiamen University, told the Global Times on Wednesday.

Lin said that the two sides need to renegotiate methods to ensure stable revenue for the project and guarantees for such a high level of funding.

Meanwhile, Jiang Shixue, director of the Center for Latin American Studies at Shanghai University, told the Global Times on Wednesday that any changes to the terms of the contract will depend on bilateral negotiations, which should not be disrupted by Western noise.

"Given Argentina's grim economic situation, with the weight of the COVID-19 outbreak, China is willing to help the South American country promote economic development with measures like expanding investment while achieving win-win results," Jiang said.

In February, China and Argentina signed a Memorandum of Understanding on the Belt and Road Initiative (BRI), aiming to promote the construction of the BRI in Argentina and cooperation in various fields, including policy communication, unimpeded trade and financial integration.