As Mladic awaits verdict, Bosnians still search for loved ones 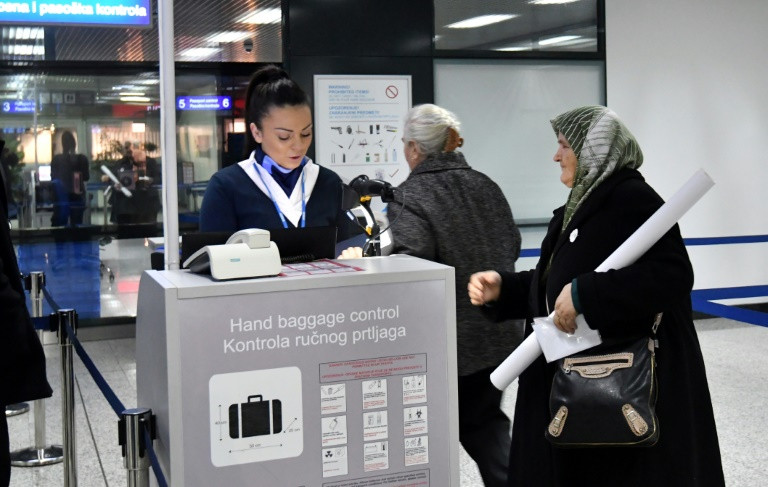 Srebrenica massacre survivor Fatima Gurdic, seen checking in for her flight to The Hague from Sarajevo, will be among those following proceedings Wednesday when a verdict is expected in the UN trial of Bosnian Serb military chief Ratko Mladic. Photo: AFP

Fikret Bacic has only one dream: finding the remains of his family. It does not matter to him whether Serb general Ratko Mladic is convicted on Wednesday over their deaths in Bosnia's civil war.

"For me, (Mladic) is already dead anyway, the only thing that interests me is finding my wife, my children, my mother," said the 59-year-old.

Six-year-old Nermina, 12-year-old Nermin and their mother Minka, aged 32, were executed on 25 July 1992 by Bosnian Serb forces outside their home in the village of Zecovi in northwestern Bosnia.

"There were 17 of them. Only women and children... the youngest was two-and-a-half," said Fikret's cousin Zijad Bacic, 40, who was the only survivor of the massacre in the Prijedor region.

The men had been taken away two days earlier. Women and children had gathered in a house. Early in the evening, soldiers knocked on the door and forced them out before shooting them with automatic rifles, recalled Zijad.

He fled to hide behind a house.

"I have never forgotten the cries of the children when they started shooting," he said.

Every day, he comes out of his house and sees the spot where they were slaughtered.

On Wednesday, the International Criminal Tribunal for the former Yugoslavia (ICTY) will hand down a verdict to Mladic, the Bosnian Serb military chief during the war, over charges including genocide and crimes against humanity.

Prosecutors say Mladic played a pivotal role in a ruthless campaign of ethnic cleansing to create a "Greater Serbia" during Bosnia's bloody 1992-95 conflict.

But the judgement will not bring any closure for Fikret, who returned to his village after the war to find ruins and overgrown fields -- but not the bodies of his loved ones.

"I walked a thousand times over every square metre of the village, the forest and streams... nothing," he said.

"I think every Serb neighbour knows where they are, but they don't want to tell us."

Fourteen Serbs, mostly from the neighbouring village of Rasavci, have been on trial since 2015 in Sarajevo over the Zecovi killings.

Some 3,200 people were killed by Serb forces in the Prijedor area but the bodies of more than 770 of them remain missing, according Bosnia's Missing Persons Institute.

In total, the Bosnian conflict left some 100,000 people dead and around 7,000 of them are still missing.

The efforts to find their bodies is hampered by the fact that the killers scattered the remains. Sometimes only a few bones are found.

A laboratory set up in 1996 in Bosnia by the International Commission on Missing Persons, which moved last year to The Hague, has succeeded in identifying 70 percent of the 40,000 missing from the 1990s Balkan conflicts.

More than three-quarters of those who disappeared were from Bosnia. 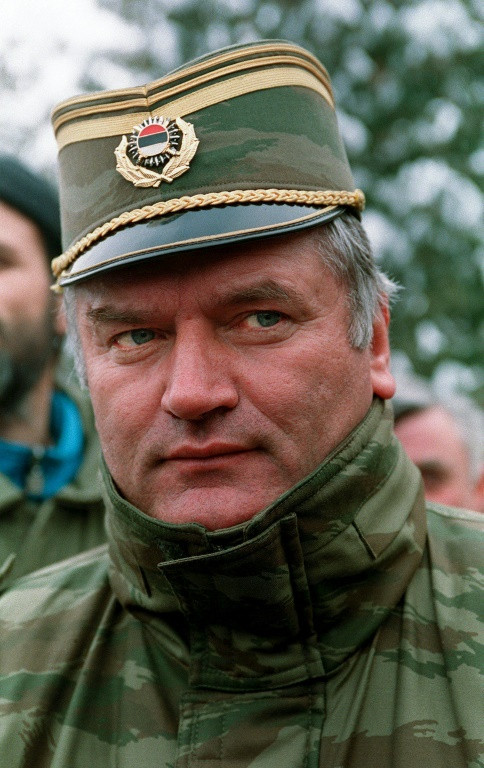 A 1994 photo taken in Sarajevo shows Ratko Mladic, then a Bosnian Serb General but now facing a war crimes verdict at a UN court in The Hague for some of Europe's worst post WWII atrocities. Photo: AFP

Among those whose bodies were never found was Alija Mustafic, one of the 8,000 Muslim men and boys killed in July 1995 in the Srebrenica massacre.

His mother Nura, now 70, was able to bury her husband Hasan and two other sons, Mirsad and Fuad, at the Srebrenica memorial. For Alija, she has reserved an empty space.

"When we bury a loved one, we know there is no hope. As long as I don't know if my child is alive or dead, I will hope that he will appear somewhere," she said.

Mladic "destroyed everything. I was left alone like a cut-down tree".

Born three weeks before the Srebrenica killings, Adela Efendic was able to mourn in July when she buried some bones of her father Senajid, killed at the age of 35.

"When I heard that he had been found, it killed my secret hope that he was still alive and going to reappear," said the nurse, who emigrated to Germany in October.

The 22-year-old regrets that she has never known "paternal love".

"This verdict will bring neither serenity nor relief, but it is important because Mladic will end up where he belongs," she said.