As stock prices go on discount, their biggest buyers return 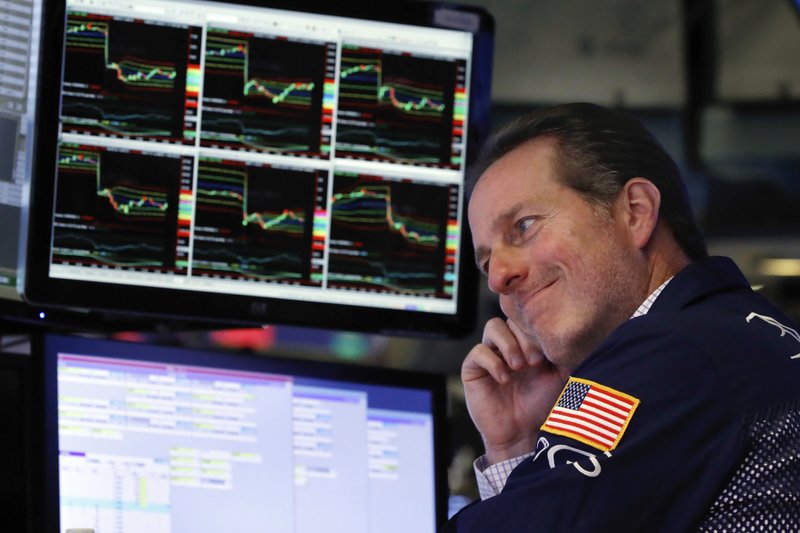 The biggest buyers of stocks are coming back.

More than any other group, companies themselves are the largest purchasers of their own shares. But they were notably absent from the market the last few weeks, just as stock prices were tumbling on worries about global trade and rising interest rates.

Businesses were holding back on repurchases the last few weeks because they were in one of their “blackout” periods for buybacks, a regular occurrence leading up to the release of their quarterly results. Now that most companies in the S&P 500 index have given their third-quarter reports, blackouts are lifting, and analysts across Wall Street say the return of those buyers should help support the market. The S&P 500 climbed 2.7 percent over Tuesday and Wednesday, after losing nearly 10 percent in the four prior weeks.

“There’s been a quiet period on buybacks, and the indication is that next month we’re going to have four times as many buybacks as we had” in October, said Marina Severinovsky, investment strategist at Schroders.

The dollar amounts are huge, a result of the record profits that companies have been producing thanks in part to lower tax bills. Corporations in the S&P 500 index may buy back up to $1 trillion of their own stock this year, some analysts estimate. That’s enough to give every American $3,000. Last year, S&P 500 companies repurchased $519.4 billion of their stock, according to S&P Dow Jones Indices.

The recent drop in stock prices leaves those shares more attractively valued, which gives even more incentive for companies looking to repurchase their own stock. Analysts at Keefe, Bruyette & Woods say they expect Bank of America, Citigroup and Wells Fargo to be among the most aggressive big banks in repurchasing their shares, for example. Bank of America’s stock trades at 9.7 times its expected earnings per share over the coming year, cheaper than the price-earnings ratio of 11.1 that it had late last month.

Stock repurchases help investors and companies in a couple ways. Not only do they provide support for stock prices by adding more buyers to the market, they can also goose one of the most important profit measures that shareholders judge CEOs by: the company’s earnings per share.

When a company makes $100 in profit, each investor checks how much of that their shares can lay claim to. If there are 100 shares, the company earned $1 for each. But if the company takes 50 shares off the market by buying them back, suddenly $100 in profit becomes $2 for each share.

Buybacks are particularly important when companies are issuing many new shares of stock to pay their employees or to raise cash, which can dilute the ownership stakes of longtime investors. By repurchasing their shares, companies can mitigate or completely offset the effect.

So far this earnings season, nearly 20 percent of reporting S&P 500 companies have said that reduced share counts gave them a boost of at least 4 percent in earnings per share, according to S&P Dow Jones Indices. If the pace maintains, it would be an acceleration from last year’s 14 percent of companies.

It pays to keep track of such numbers because the stock market’s big winners tend to be the companies that most reduce the number of shares they have trading in the market.

Among big companies, it can mean triple the performance. Since 2000, companies that trimmed the number of their shares outstanding by the widest margins returned an annualized 12.4 percent, according to strategists at Jefferies. Their counterparts on the opposite end of the spectrum, which increased their share count by the largest amount, returned just over 4 percent.

And big companies tend to be more likely to reduce the number of shares they have outstanding than small companies, which tend to issue new stock to help them grow.

“We do think buy backs will pick up thanks to huge hoards of cash on balance sheets and now stock prices are down,” Jefferies strategist Steven DeSanctis wrote in a recent research report. “In the large caps, we do see buy backs stabilizing the overall market.”