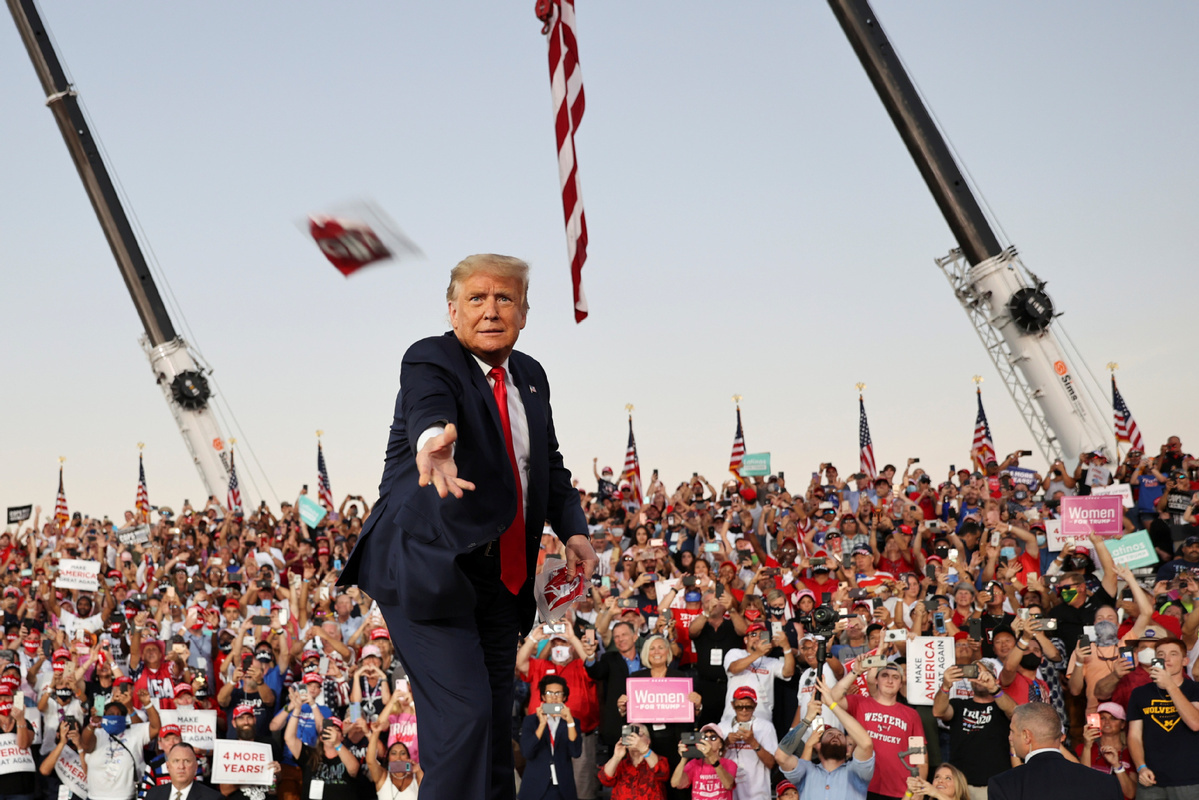 US President Donald Trump throws a face mask from the stage during a campaign rally, his first since being treated for the coronavirus disease (COVID-19), at Orlando Sanford International Airport in Sanford, Florida, US, Oct 12, 2020. (Photo: Agencies)

WASHINGTON - As President Donald Trump held his first campaign rally since disclosing he contracted the coronavirus this month, top US infectious disease expert Anthony Fauci said the United States faced a "whole lot of trouble" if it did not encourage universal wearing of face masks and avoid mass gatherings.

"We have a baseline of infections now that varies between 40 and 50,000 per day. That's a bad place to be when you're going into the cooler weather of the fall and the colder weather of the winter," Fauci told CNBC.

He spoke as Trump began his rally in Florida on Monday evening, three weeks before the Nov 3 election in which opinion polls show the Republican president trailing Democrat Joe Biden.

"We're in a bad place now. We've got to turn this around," said Fauci, who has been director of the National Institute of Allergy and Infectious Diseases (NIAID) since 1984 and a key member of the White House coronavirus task force.

"If we do five fundamental things: Universal wearing of masks, maintaining physical distance, avoiding congregate settings or crowds ... doing things more outdoors, as opposed to indoors and washing your hands frequently, those simple things ... can certainly turn around the spikes that we see and can prevent new spikes from occurring."

Asked what the consequences would be of not following such steps, Fauci replied: "I think we're facing a whole lot of trouble."

In an earlier interview with CNN, Fauci said Trump's campaign team should withdraw an advertisement that draws on a statement Fauci made that he says is being used out of context.

He called the ad, which was released last week, "unfortunate and really disappointing."

The ad discusses Trump's effort to recover from COVID-19, as well as his administration's work to address the coronavirus pandemic. The 30-second spot uses public remarks from Fauci in a way that suggests he was praising the president.

The remarks came from a March interview where Fauci discussed the broader effort to fight the new coronavirus, including by the White House task force.

Fauci has said that he has never publicly endorsed a political candidate for public office.