WORLD As US and Canada spar, farm hopes ride on two men in lobster boat

As US and Canada spar, farm hopes ride on two men in lobster boat 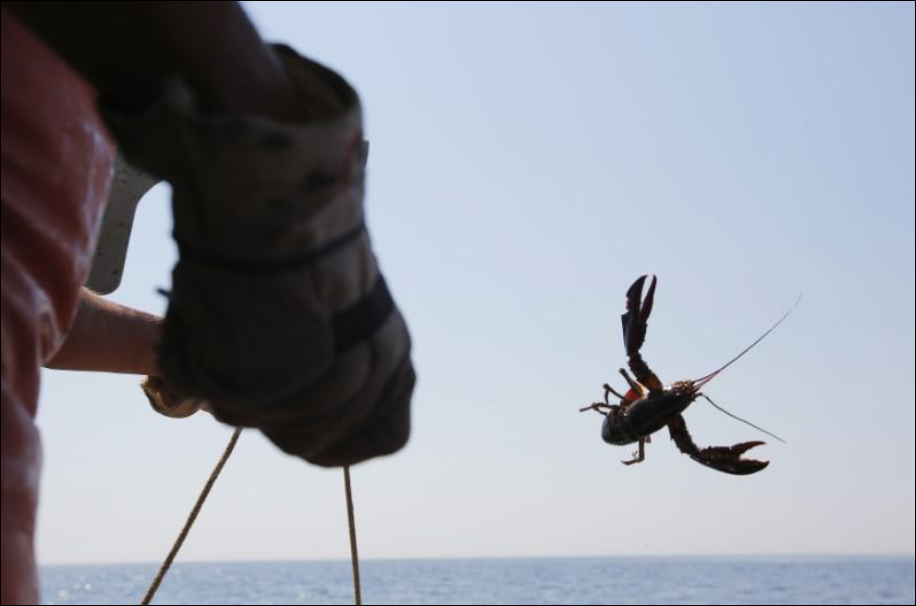 A lobsterman tosses a lobster back into the sea while hauling traps in his boat in the waters off Cape Elizabeth, Maine, August 2013. (Photo: Reuters)

While Justin Trudeau vowed last week not to be pushed around and US President Donald Trump called the Canadian prime minister “weak,” two key officials in their governments with a seemingly harmonious relationship were making fishing plans.

On Friday, US Agriculture Secretary Sonny Perdue visited the farm of Canadian Agriculture Minister Lawrence MacAulay in the idyllic province of Prince Edward Island (PEI), best known as the fictional home of Anne of Green Gables.

Between meetings, the two men are scheduled to pull up lobster traps and stroll the red earth of a potato farm, according to an agenda.

Canada’s protected dairy industry is likely to be a key issue for discussion after Trump renewed his attack on the sector for its high tariffs. A supply management system matches Canadian production to domestic consumption, sets prices and imposes high tariffs to limit imports.

“The United States is not about trying to get Canada to ditch its supply management system,” he said, according to the Canadian Broadcasting Corp.

“What we are saying is if you’re going to have a supply management system, you’ve got to manage the supply, and not over-produce and not over-quota where you dump milk solids on the world market and depress prices from our producers south of the border.”

Canadian dairy officials have said US over-production is responsible for weak global prices.

MacAulay tweeted that he and Perdue understand how integrated the countries’ farm industries are.

Negotiations on the North American Free Trade Agreement have been overshadowed by Trump’s imposition of steel and aluminum tariffs, and Canada’s vows of retaliation.

With Trump and Trudeau out of step, the best hope for a breakthrough may come from Perdue and MacAulay, both 71, although direct trade negotiations are handled by the US Trade Representative and Canada’s Foreign Minister.

The rapport between MacAulay, a former dairy farmer, and Perdue, the former Georgia governor, is “comforting,” said Ron Bonnett, president of the Canadian Federation of Agriculture.

“They might be the two people who can help find common ground,” he said.

The US and Canadian farm sectors are better off working together than apart, said Kent Bacus, director of international trade and market access for the US-based National Cattlemen’s Beef Association.

“Minister MacAulay and Secretary Perdue, they already have a strong relationship, and at times like this you really need to lean on those types of relationships,” he said.

Trade in farm products between the countries amounts to C$47 billion ($36.11 billion) annually, split roughly evenly, according to Agriculture and Agri-Food Canada. Huge volumes of meat and grain, as well as pigs and cattle cross the border daily.

Still, the issues can generate friction.

Canada has placed US cooked beef on a list for proposed retaliatory tariffs over US tariffs on Canadian steel, threatening a market worth about $164 million to American producers, according to Erin Borror, economist for the US Meat Export Federation.

Following their first meeting in person in Toronto last year, Perdue publicly denounced a Canadian dairy-pricing system as “underhanded.” But later that month, following meetings in Georgia that included Mexican Agriculture Secretary Jose Calzada, they went for ice cream and mugged for selfies that MacAulay posted on Twitter.