WORLD As US struggles with virus, Trump heads to Rushmore for fireworks

As US struggles with virus, Trump heads to Rushmore for fireworks 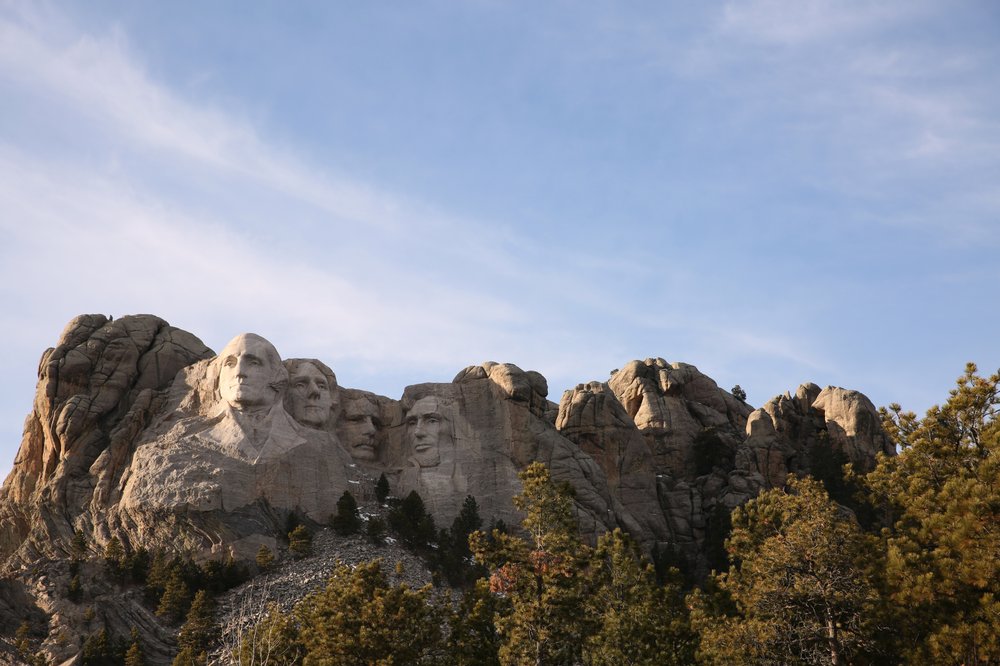 Under fire for his silence in the face of America's spiralling coronavirus caseload, President Donald Trump heads to Mount Rushmore on Friday for a night of fireworks that he hopes will soothe a nation he has struggled to unite.

On the eve of the country's Independence Day, the Republican leader will speak in the shadow of four of his notable predecessors: George Washington, Thomas Jefferson, Theodore Roosevelt and Abraham Lincoln, whose heads are carved into the granite in South Dakota.

The billionaire real estate mogul-turned-president, who has seemingly turned a blind eye to the shocking increase in the number of virus cases in many US states, has been openly exuberant about the Rushmore event.

Some 7,500 people are expected to attend -- and social distancing is not on the agenda.

Will Trump speak about the pandemic that has claimed nearly 130,000 American lives, and the resurgence of cases in the country's south and west?

So will Trump wear a face mask, setting an example for the nation after resisting for months, as many politicians and others, even in his own camp, have asked him to do?

The Republican president is in a political predicament, badly trailing his Democratic rival Joe Biden in the polls with four months to go before the presidential election.

For now, he is sticking with one tried-and-true message, that he conveyed Thursday: the coronavirus crisis is being "handled," the US economy is "roaring back," and 2021 is going to be a "phenomenal" year.

But in contrast with Europe, infection rates and daily case totals are increasing in the United States, and some states are beating their own grim records nearly every day.

Fauci has warned that the country could eventually see 100,000 new cases a day if things don't change.

For now, many states have paused efforts to reopen their economies. Some have even backtracked and reimposed restrictions on bars, restaurants and beaches.

The man in the Oval Office can expect a warm welcome in South Dakota, a sparsely populated state that he won easily in 2016 with more than 60 percent of the vote.

The state's Republican governor, Kristi Noem, is certainly not going to spoil his party.

"We told those folks that have concerns that they can stay home," Noem told Fox News.

"Those who want to come and join us, we'll be giving out free face masks, if they choose to wear one. But we will not be social distancing."

The last sitting US president to visit Mount Rushmore was George W Bush, in 2002.

Trump has long expressed his fascination for the imposing monument, which was sculpted in the Black Hills from 1927 to 1941.

In 2017, he even joked about someday seeing his face etched in stone with his four predecessors -- which is unlikely to happen.

"The rock that surrounds the sculpted faces is not suitable for additional carving," says National Park Service spokeswoman Dana Soehn.

Sculptor Gutzon Borglum wanted to "represent the first 150 years of the history of the United States -- the birth, growth and preservation of our country," she said.

"The National Park Service takes the position that... the work is complete in its present form."

The Lincoln Project, a group formed by anti-Trump Republicans, took on the president's Rushmore trip in its own way.

In a video released on the eve of Trump's visit, the group highlighted famous quotes from Washington, Jefferson, Roosevelt and Lincoln to showcase their legacies.

As for Trump, the group said: "America's worst president will neither be remembered nor revered."