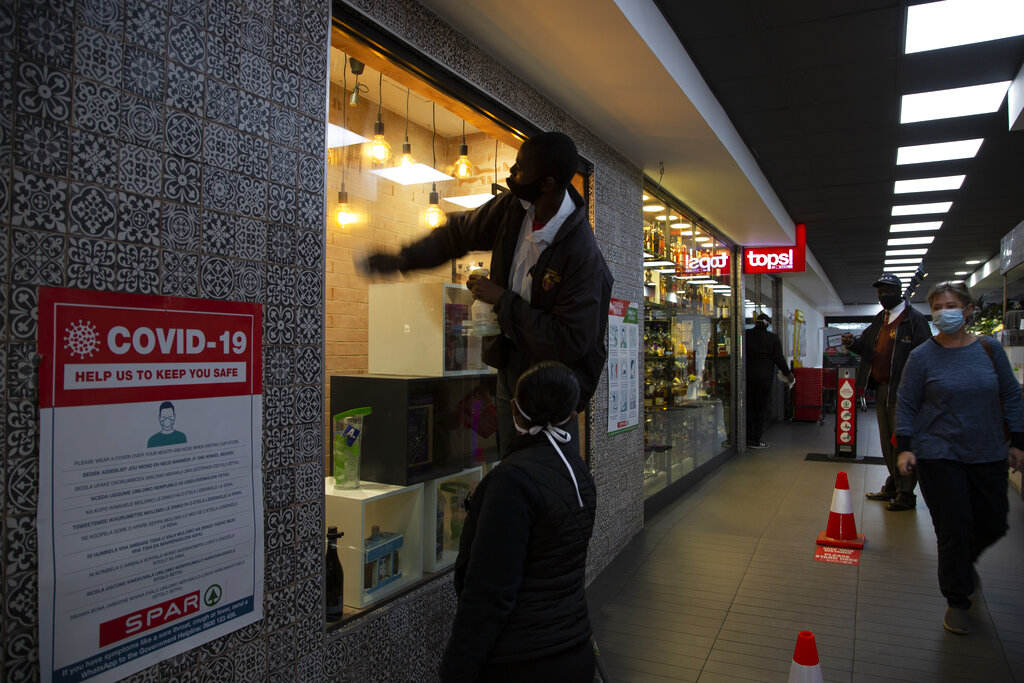 South Africa, which had one of the world's strictest anti-coronavirus lockdowns for five months, relaxed its restrictions Tuesday to permit the sales of alcohol and cigarettes and other returns to more ordinary life in response to decreasing new cases and hospitalizations for COVID-19.

In a festive mood, people lined up to purchase the previously banned liquor and cigarettes at shops across the country. Shoppers wore mandatory face masks and kept a distance from each other.

The country has loosened its regulations to permit the opening of bars, restaurants, gyms, and places of worship, all limited to no more than 50 people. Schools will reopen gradually from August 24, starting with grades 12 and 7 and a phased opening of other grades. South Africa will keep its nighttime curfew from 10 p.m. to 4 a.m.

With more than 589,000 confirmed cases, South Africa has more than half of all reported cases in Africa. The 54 countries of the continent reported a total of more than 1.1 million cases on Tuesday, according to the Africa Centers for Disease Control and Prevention.

South Africa has recorded more than 11,900 deaths from COVID-19, while overall the continent has reported just over 25,800 deaths. The actual numbers of cases and deaths are estimated to be much higher, say health experts.

South Africa banned liquor sales in order to reduce trauma cases in hospitals, to allow medical staff to concentrate on patients with COVID-19. When alcohol sales were banned at the end of March the number of emergency room admissions dropped by about 60%. When liquor sales were permitted again in June the hospital admissions went back to previous levels. So when South Africa's virus cases surged in July, the government banned alcohol sales again, to ease the burden on hospitals.

Tshepo Sebola, a resident of Kempton Park in eastern Johannesburg, was among the first customers at a local liquor store, buying several bottles of whiskey and boxes of cigarettes.

“I am happy we can now buy these things for the right prices, during lockdown we had to pay huge amounts for these," he said, referring to buying from illegal traders. “The cigarettes were even worse because you were paying three times the price of something that is way less in quality.”

At the Makro wholesale retailer in Edenvale, small liquor traders were also stocking up on liquor and cigarettes as their businesses are now allowed to operate.

Christine Hudlock said she had come early as she intended to stock up for two month's worth of alcohol this week because she was uncertain how long the sales would be permitted.

Andrew Kadi said he was especially relieved with the lifting of the ban on cigarettes because the quality of illegal cigarettes was very bad.

“I only smoked them because they were the only ones available, but I am not going back there," he said. "We know smoking kills, but those cigarettes will kill us quicker.”