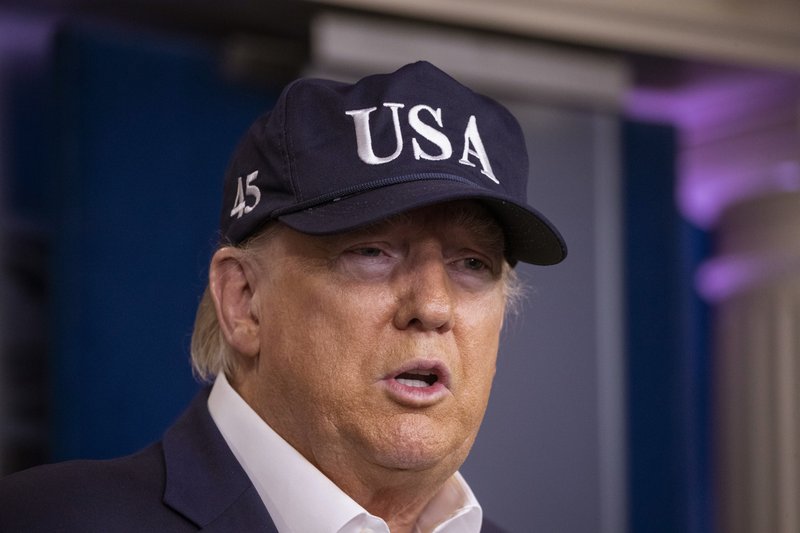 President Donald Trump speaks during a news conference about the coronavirus in the James Brady Briefing Room at the White House, Saturday, March 14, 2020, in Washington. (Photo: AP)

President Donald Trump said Saturday he had the power to fire or demote Federal Reserve Chairman Jerome Powell, adding new fuel to his long-running animus toward the central bank’s leader at a moment when the economy was at risk of edging into recession.

Trump told reporters that he wasn’t considering firing Powell, but reiterated his frustration with the chairman. The comments were particularly striking because they came as the coronavirus pandemic shook the global economy.

The Dow Jones Industrial Average had its worst week since October 2008. In just a few weeks, US stocks have lost all the gains made during 2019.

“I have the right to do that or the right to remove him as chairman,” Trump said Saturday at a news conference called to provide an update on the administration’s response to the coronavirus outbreak. “He has, so far, made a lot of bad decisions, in my opinion.”

No Fed chairman has ever been removed by a president. The law creating the Fed says its officials and those of other independent agencies can be “removed for cause” by a president. While that issue has never arisen in regard to a Fed official, the courts ruled decades ago that “for cause” meant more than a policy disagreement.

Powell announced earlier this month a half-point interest rate cut that shrank the Fed’s key rate to a range of just 1% to 1.25%. It marked the first time the central bank has cut rates between scheduled policy meetings since the 2008 financial crisis. And it’s the steepest rate cut the Fed has made since then.

Yet, the president continued to complain that he was “not happy with the Fed” because it was “following” and “we should be leading.” The president pointed to lower interest rates set by the central banks in Japan and Germany as proof that Powell had not been aggressive enough in bolstering the US economy. Economists, however, say the lower rates reflect the weaker economic outlooks than the US economy.

Trump said he’s made no decision, but suggested he could simply remove him as chairman. Powell’s four-year term ends in February 2022, and his term as a member of the Board of Governors expires January 2028.

“I have the right to also take him and put him in a regular position and put somebody else in charge. And I haven’t made any decisions on that,” the president said.