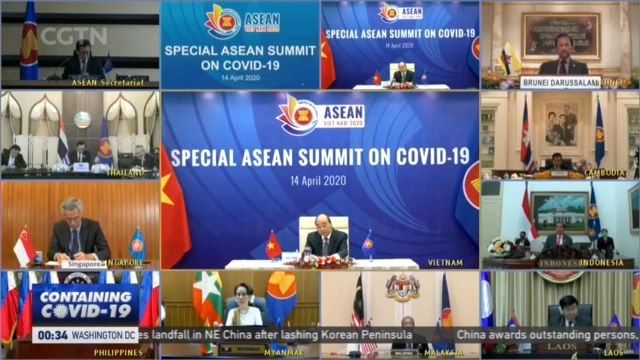 Addressing the opening ceremony held here Tuesday morning, Ngan, chairwoman of the National Assembly of Vietnam, said the event will discuss issues and topics including the parliament's role in promoting ASEAN economic cohesion and recovery after the COVID-19 pandemic, and parliamentary diplomacy for sustainable peace and security in the ASEAN.

General Secretary of the Communist Party of Vietnam Central Committee and Vietnamese President Nguyen Phu Trong delivered a speech via video at the opening ceremony, expressing his belief that the general assembly will work towards a community-based mindset and actions so as to achieve a strong and cohesive ASEAN Community that is oriented towards and centered on the people with its role established in the international arena.

Vietnamese Prime Minister Nguyen Xuan Phuc attended and delivered a speech at the opening ceremony, which was also attended by other party and state officials of Vietnam as well as representatives from the AIPA 41 participating countries and from observer countries.

AIPA serves as a center of communication and information among parliaments of the ASEAN members, namely Brunei, Cambodia, Indonesia, Laos, Malaysia, Myanmar, the Philippines, Singapore, Thailand, and Vietnam. The General Assembly is held once a year to provide policy directions for the development of AIPA's objectives and as a forum for interchange between its members. It is held from Tuesday to Thursday this year.