ASEAN Plus Three FMs agrees to speed up RCEP talks 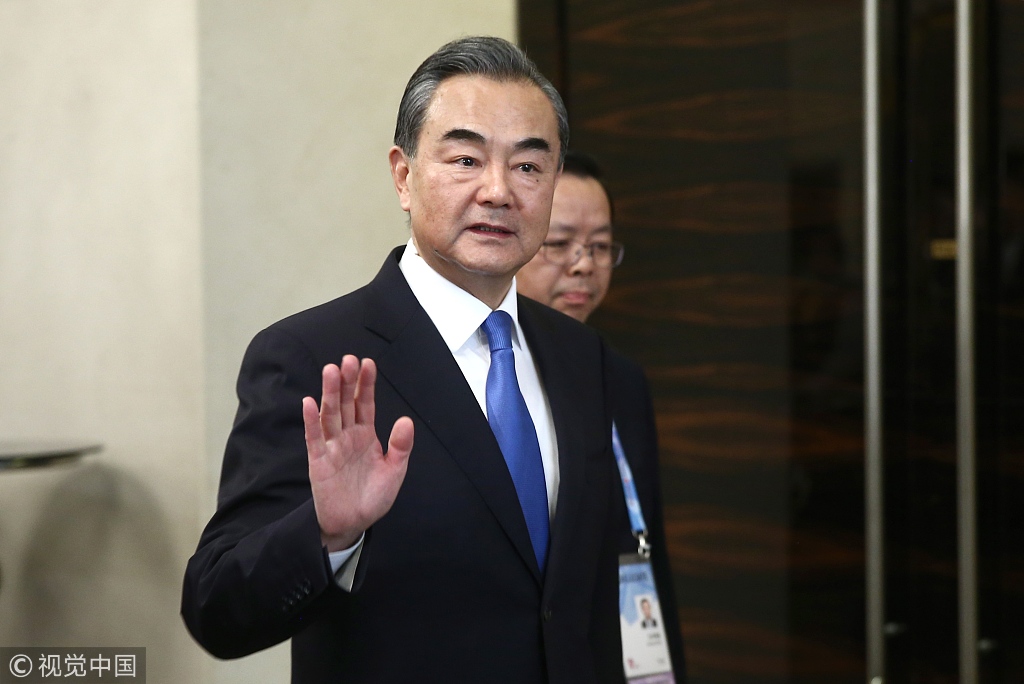 Singapore (People's Daily) - Chinese Foreign Minister Wang Yi on Saturday said the foreign ministers from the ASEAN Plus Three meeting have agreed to accelerate the negotiation of the Regional Comprehensive Economic Partnership (RCEP).

Wang made the remarks during a press conference of the ASEAN Foreign Ministers' Meeting and related meetings which is being held from Monday to Saturday.

Wang said the ASEAN Plus Three Foreign Ministers' Meeting was successful and smooth, conducted with community and harmony. Three points of important common understanding were reached, including upholding free trade, opposing protectionism and advancing multilateralism, fast-progress advancing of East Asian economic community building, and accelerating development in the RCEP negotiation. All the Foreign Ministers share the wish that substantial progress will be made in the RCEP negotiations by the end of this year.

On the foreign ministers' meeting of East Asia Summit, Wang said two major positive developments have been witnessed in the region, noting that the first one is that the Korean Peninsula nuclear issue has returned to the track of settlement through dialogue and consultation.

The second one is that the situation in the South China Sea has further stabilized thanks to the concerted efforts of China and the 10 ASEAN member states, Wang said.

What is more important is that China and ASEAN have arrived at a single draft negotiating text of the Code of Conduct (COC) in the South China Sea, Wang noted.

Meanwhile, there have been two negative trends in the region. The free trade system has been seriously hit by rising unilateralism and protectionism, which threatens the future development of all countries and the well-being of their peoples, he noted.

Another negative trend is that some non-regional countries have become a push for the militarization in the region, which threatens and puts pressure on the security of the countries in the region, including China, Wang said.

The countries in the region have the final say on the current situation and the further cooperation in the region, he said, hoping that the non-regional countries should change their mindsets, and understand and support the positive efforts China and ASEAN have made.