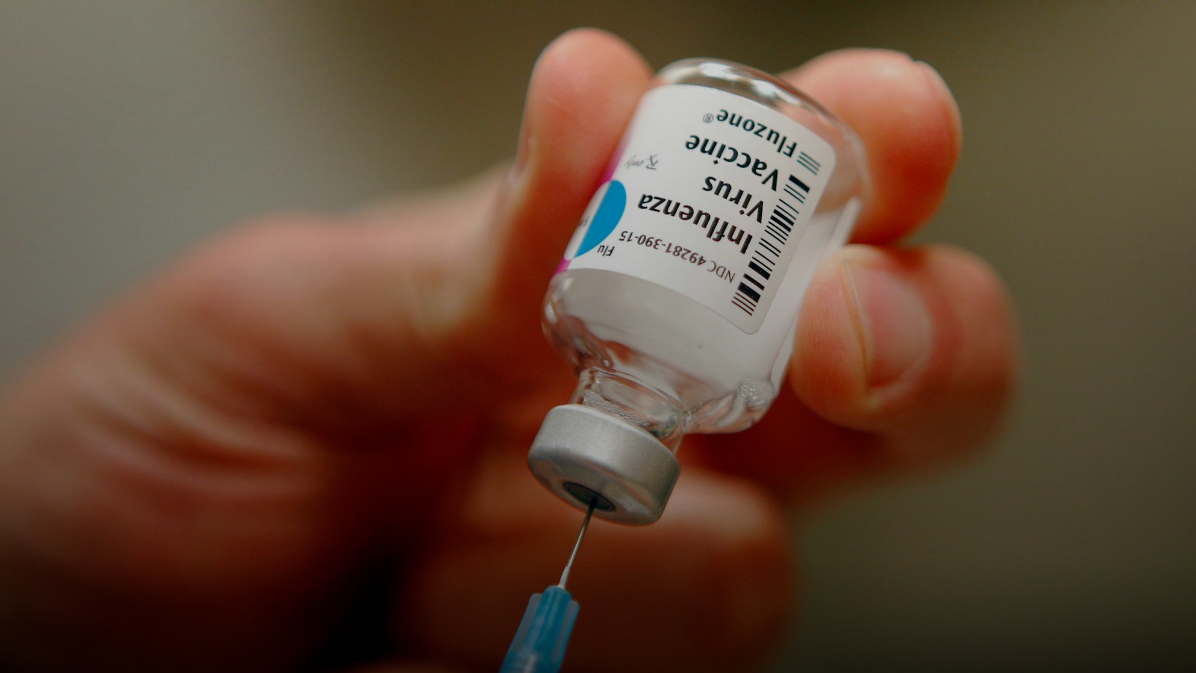 A nurse prepares an injection of the influenza vaccine at Massachusetts General Hospital in Boston, Massachusetts, U.S., January 10, 2013. /Reuters

Some Asian countries are rolling out early and more aggressive influenza vaccination programs this year, seeking to reduce the potential of people contracting the flu and COVID-19 simultaneously, crippling healthcare systems.

With a second or third wave of the coronavirus pandemic looming for many countries, tackling this year's flu season – typically December through February – has taken on increased urgency.
In Japan, the health ministry is preparing 31.2 million flu shots, up seven percent from last year and the highest amount since 2015. Officials are also urging symptomatic patients to call medical hotlines before going for testing to avoid contagion at hospitals.
"We are going to focus our medical resources on the severely ill in anticipation of the seasonal influenza epidemic," Takeshi Enami, a Japanese health ministry official said last week after a meeting of disease experts.
The World Health Organization has urged global widespread flu vaccinations this year, amid concerns the same people who are most vulnerable to risks from COVID-19, such as the elderly and those with respiratory conditions, are also at greatest risk for the flu.

Data on the number of annual flu cases across Asia is limited, although Japan had about 12 million cases in the 2018/19 season, according to an official source.
In South Korea, health authorities are procuring 30 million flu vaccines for the winter season, up 20 percent from last year. Around 19 million people will be inoculated for free, covering a third of the country's population, up from 13.8 million a year ago.
Officials are also extending the demographic window for free vaccination, this year covering children from six months to 18, adults over 61 and pregnant women.
South Korea's biggest flu vaccine maker GC Pharma told Reuters it will make over 10 million flu shots for this season, up from the 8.5 million doses last year.

In China, where flu shots are typically not free, some local authorities have reported a surge in demand. Disease prevention authorities in the Changning district of Shanghai city told local media they expect demand for flu vaccines in the autumn and winter to increase some 50 percent from previous years.
In Australia, where the flu season runs roughly from June to September, officials procured 16.5 million flu shots, up from 13.2 million last year.
The moves in Asia echo similar efforts in North America and Europe. In the United States, pharmaceutical firms are expected to provide around 200 million flu vaccines this year, about 20 percent more than usual.