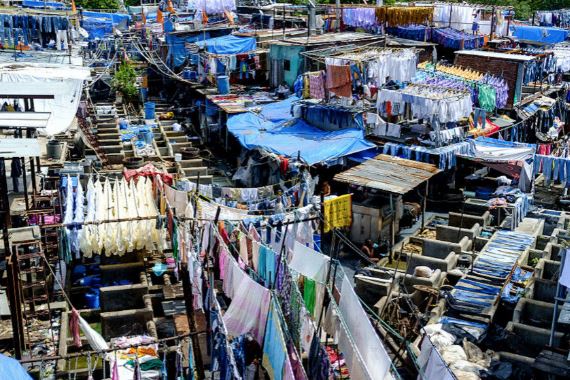 MUMBAI, April 18 (Xinhua) -- Asia's largest slum in Mumbai has crossed 100 cases mark of the COVID-19 with 31 new cases turning positive in the last two days, as per the official update from the city's civic authority Saturday.

Of the 117 cases reported so far from this densely populated area, 10 patients have died.

The first case from the slum, Dharavi which spreads over 613 hectares and houses over 1.5 million people, was reported on April 1.

The slum has been categorized as a hotspot within the country's financial capital with nine containment zones identified within the area to arrest the spread of the virus.

As per the Saturday update from the BrihanMumbai Municipal Corporation, the city's governing authority, the financial capital added 87 new cases to a total number of cases of 2,509 including 125 deaths.

As per the latest official update, India has 12,289 active cases of the COVID-19 with 488 deaths reported so far.