MUMBAI, Dec. 26 (Xinhua) -- Asia's largest slum in India's financial capital Mumbai drew a blank score for fresh COVID-19 cases on Friday for the first time after 267 days, after it reported the first case on April 1 this year. 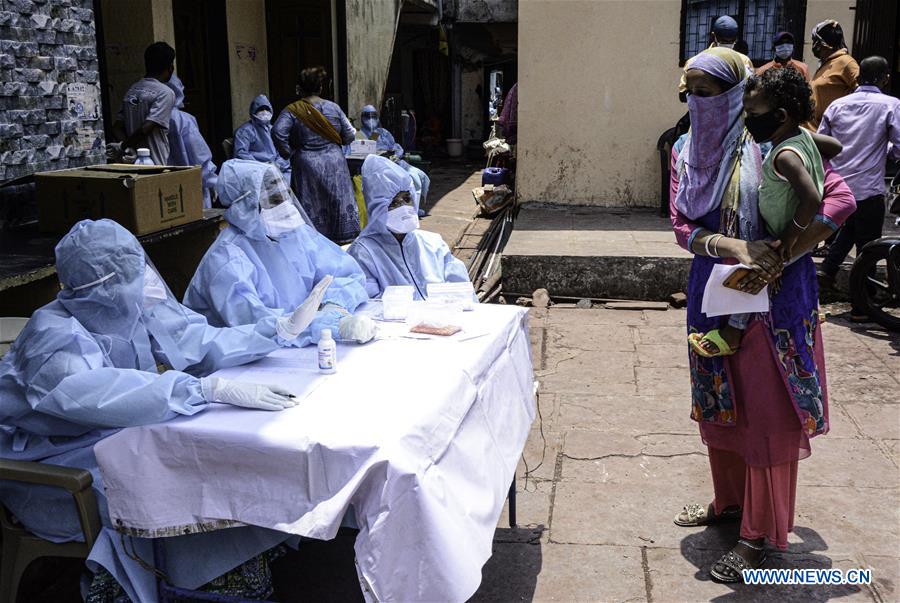 "A 'zero' that will be remembered as the best score ever!" the city's civic authority BrihanMumbai Municipal Corporation (BMC) said on the social media.

There were several days in the past when a solitary case was reported but Friday was the first time when no case has been reported from the Dharavi slum, a civic official said.

Spread over 613 hectares and home to some 1 million people before the pandemic broke out, the densely congested slum had reported 3,788 cases so far, of which 312 people were reported dead.

The slum, which was once a hotspot for the COVID-19, now has a total of 12 cases of which eight are home quarantine while the rest are under treatment at the civic-run hospital, said Kiran Dighavkar, Assistant Municipal Commissioner of BMC.

BMC was running nine quarantine facilities in schools, sports complexes, hostels and community halls to accommodate people and had also taken over five private hospital in the area for providing critical care.