Tokyo stocks closed lower Wednesday as an overnight rout on Wall Street sparked by a drop in long-term U.S. Treasury yields caused concern about a slowdown in the U.S. economy. 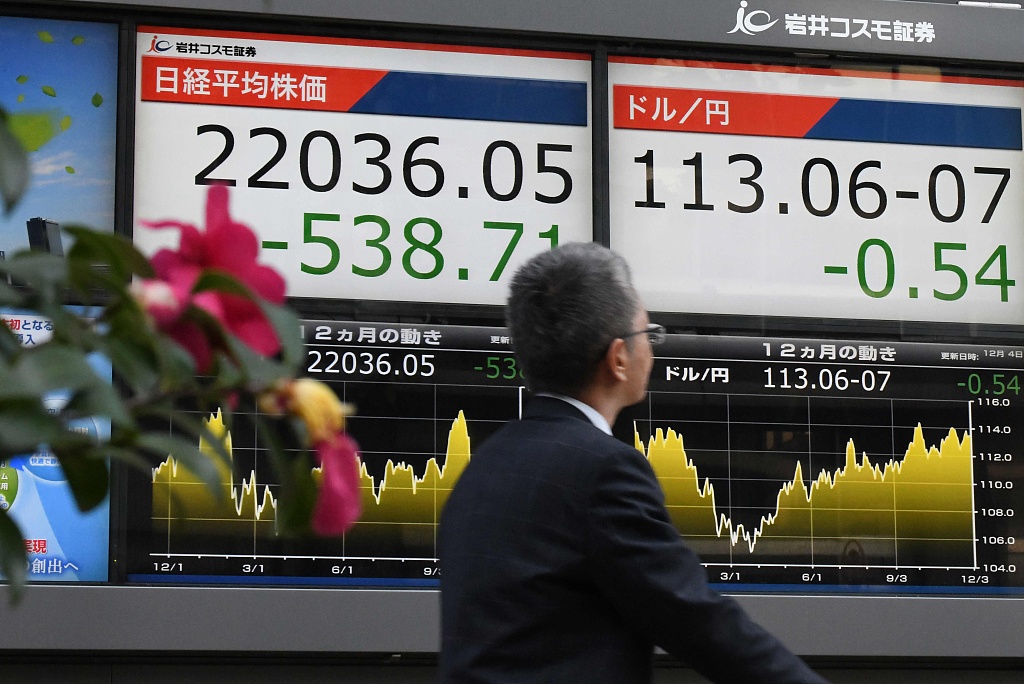 Markets got jolt from remarks by the president of the Fed's New York regional bank. During a briefing with reporters, John Williams said given his outlook for strong economic growth, he expects "further gradual increases in interest rates will best sponsor a sustained economic expansion." That seemed to counter Fed Chairman Jay Powell's remarks last week. The jitters helped drive demand for government bonds. The yield on the 10-year Treasury note fell to 2.91 percent from 2.99 percent late Monday, a large move. The slide in bond yields, which affect interest rates on mortgages and other consumer loans, weighed on bank stocks.