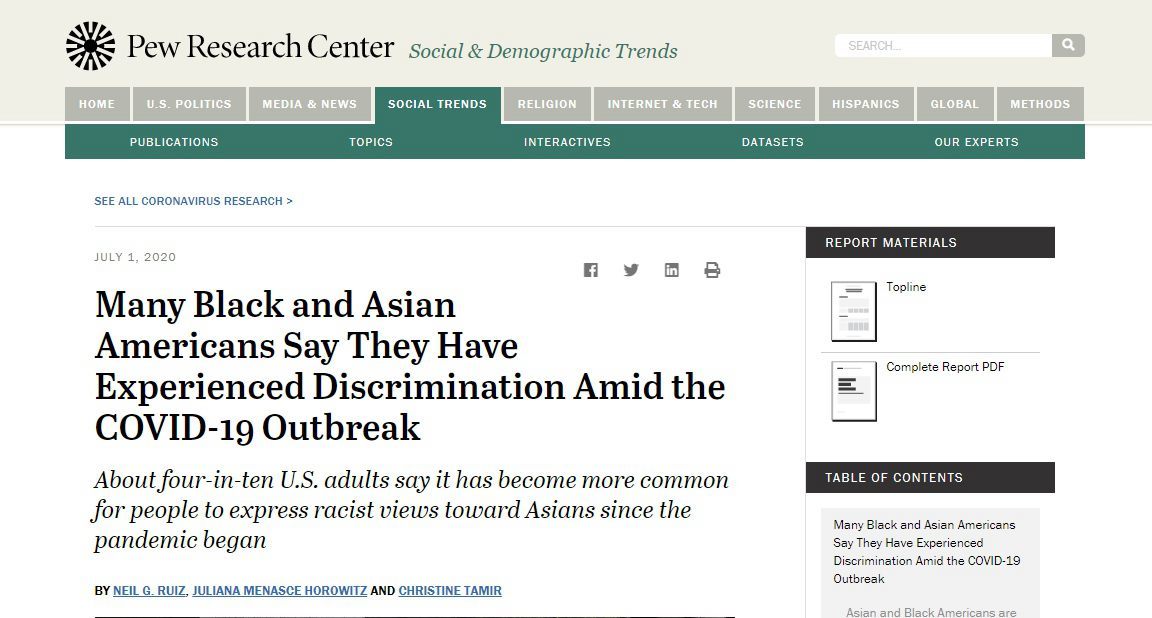 Screenshot of the report by Pew Research Center

Asian and black Americans have been more likely than other groups to report negative experiences due to their race or ethnicity since the COVID-19 outbreak in the United States, according to a new survey conducted by Pew Research Center.

About four in ten Asian and black respondents, namely 39 percent and 38 percent respectively, said people have acted as if they were uncomfortable around them because of their race or ethnicity since the outbreak, compared with 27 percent Hispanic participants and 13 percent white participants.

Similarly, 42 percent black adults and 36 percent Asian Americans said they "worry others might be suspicious of them if they wear a mask in public," while 23 percent Hispanic adults and 5 percent white citizens raised the same concerns.

Also, about three in ten Asian Americans, or 31 percent, said they have been subject to slurs or jokes due to their race or ethnicity since the coronavirus outbreak, followed by 21 percent black adults, 15 percent Hispanic adults and 8 percent white people.

The survey was conducted among 9,654 U.S. adults on June 4-10 amid nationwide protests against the killing of black man George Floyd by police.

It also found that a majority of Asian adults, or 58 percent, said it is more common for people to express racist or racially insensitive views about Asian people than it was before the coronavirus outbreak. In contrast, roughly four-in-ten white, black and Hispanic adults believed this is more common now.