An armed robber in the San Francisco Bay Area pistol-whipped an Asian man and a person who tried to intervene in what police described Friday as a “brazen” attack in broad daylight. 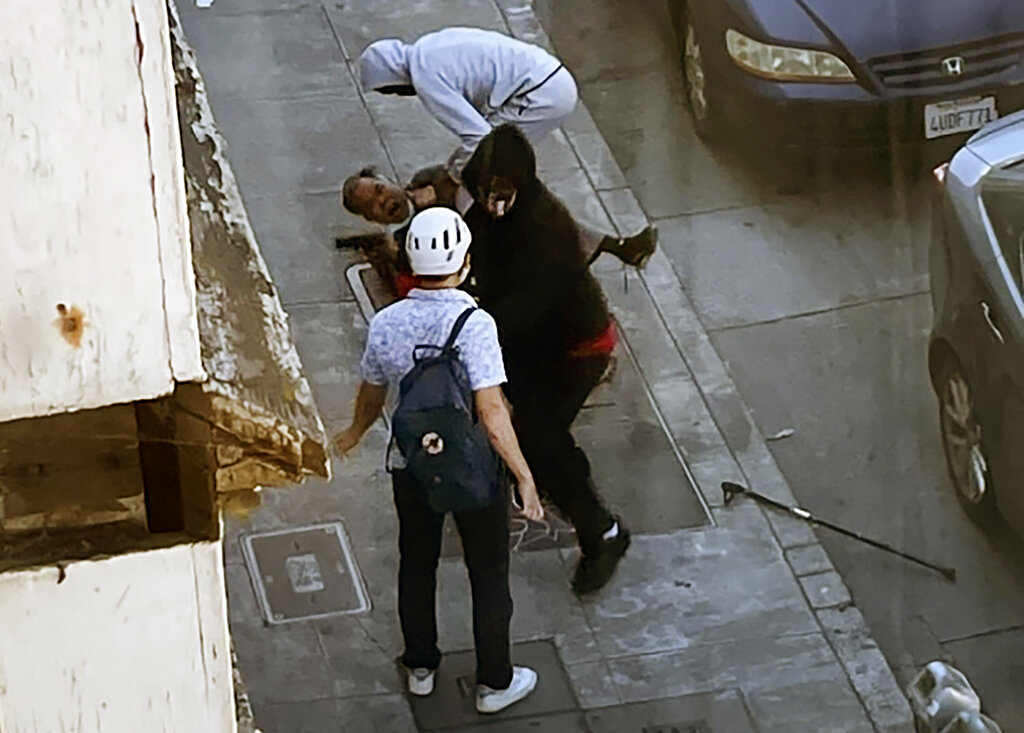 This image provided by The Oakland Police Department is seeking the publics help with any information in connection with this security camera image of an elderly Asian man being pistol-whipped as another man tries to intervene in Oakland, Calif. on Thursday, July 15, 2021. (Photo: AP)

The man was standing on a corner of Oakland's Chinatown on Thursday when two men walked up and tried to take his belongings. One of the attackers was armed with a gun with an extended magazine, police said in a statement.

The attack comes amid a wave of assaults against Asian Americans in the San Francisco Bay Area and across the country since the coronavirus pandemic took hold in the U.S.

Surveillance video tweeted by a KPIX-TV reporter shows the victim on the ground, his walking cane nearby, and a robber trying to take his watch. The armed man is seen striking a bystander wearing a bike helmet on the head with his gun as the man tried to intervene, causing him to fall.

The two suspects got into a waiting vehicle driven by a third suspect and fled, police said.

Oakland detectives are investigating and have asked anyone with information about the attack to contact them.