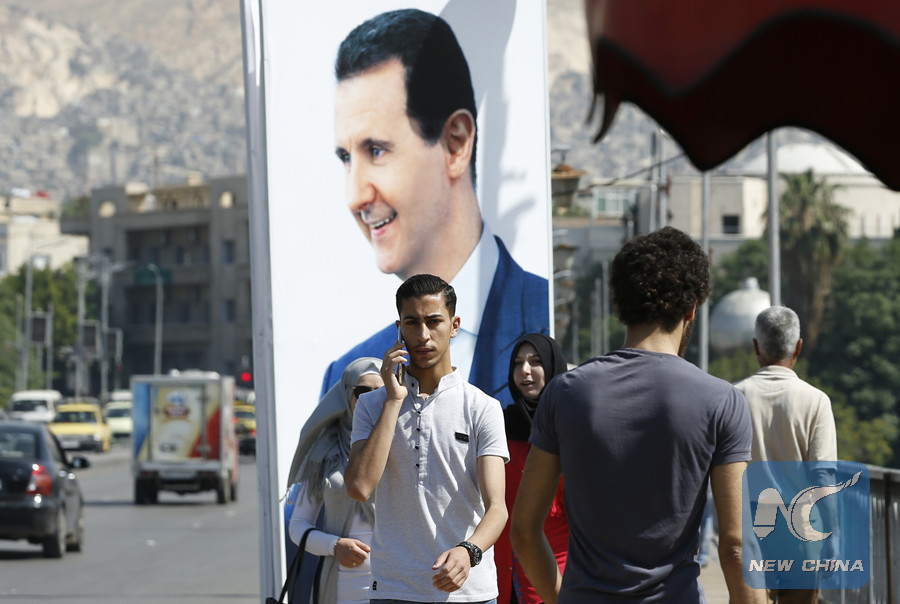 People walk near a portrait of Syrian President Bashar al-Assad hanging in a street in the Syrian capital Damascus. (File photo: AFP)

DAMASCUS, May 26 (Xinhua) -- Syrian President Bashar al-Assad on Wednesday cast his vote in Syria's presidential elections in the city of Douma, a former key bastion in the eastern countryside of the capital Damascus.

Assad and his wife, Asma, voted at a polling station in Douma, in a sign of victory as his government was able to dislodge the rebels from that key area in 2018.

Assad and Mahmoud Merai, who is an opposition figure, as well as Abdallah Saloum Abdallah, a former cabinet minister, are competing for the president's seat in the race.

Polling stations were opened for voters early Wednesday amid a high turnout.