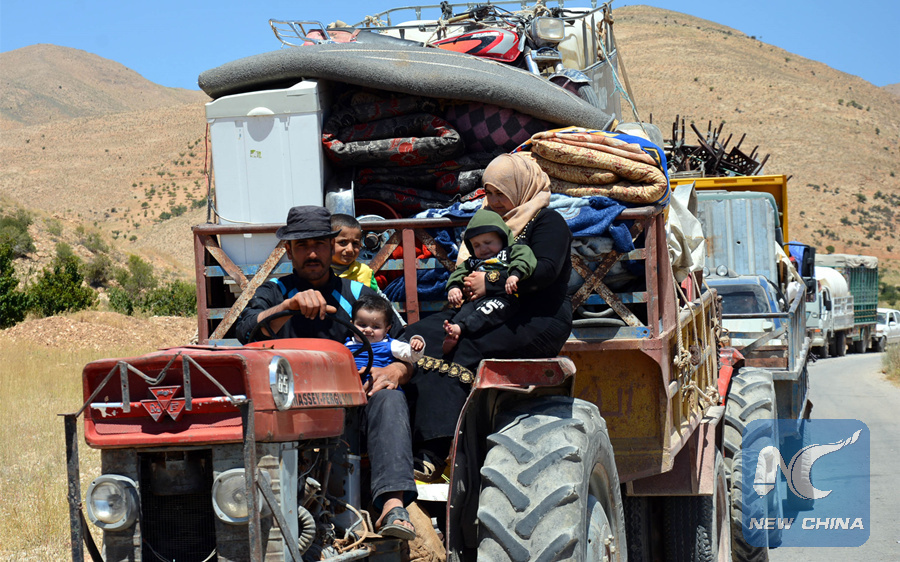 Vehicles transporting Syrian refugees and their belongings are seen crossing the Syria-Lebanon border in Qalamoun, north of Damascus, capital of Syria, on July 23, 2018. (Photo: Xinhua)

The parties confirmed the necessity to "continue uncompromising fight against terrorism and active efforts to achieve a long-term political settlement in the interests of all Syrians without exception."

Particular attention was paid to the tasks of post-conflict reconstruction of the country, including ensuring the prompt return of Syrian refugees and displaced people to their places of permanent residence, it said.

Assad expressed the willingness to create necessary conditions for the safe and decent reception and accommodation of Syrians returning to their homeland.

Russia's Defense Ministry said in a separate statement Thursday that 232,541 Syrian citizens have returned home from abroad since Sept. 30 2015, when Russia announced the start of an anti-terrorist operation in Syria.

Currently, 6.9 million Syrian refugees have registered in 45 countries and 1.7 million of them have expressed intentions to return home, it said.