DAMASCUS, May 27 (Xinhua) -- Syrian President Bashar al-Assad has won his fourth seven-year term in the 2021 presidential race, the Syrian parliament announced on Thursday. 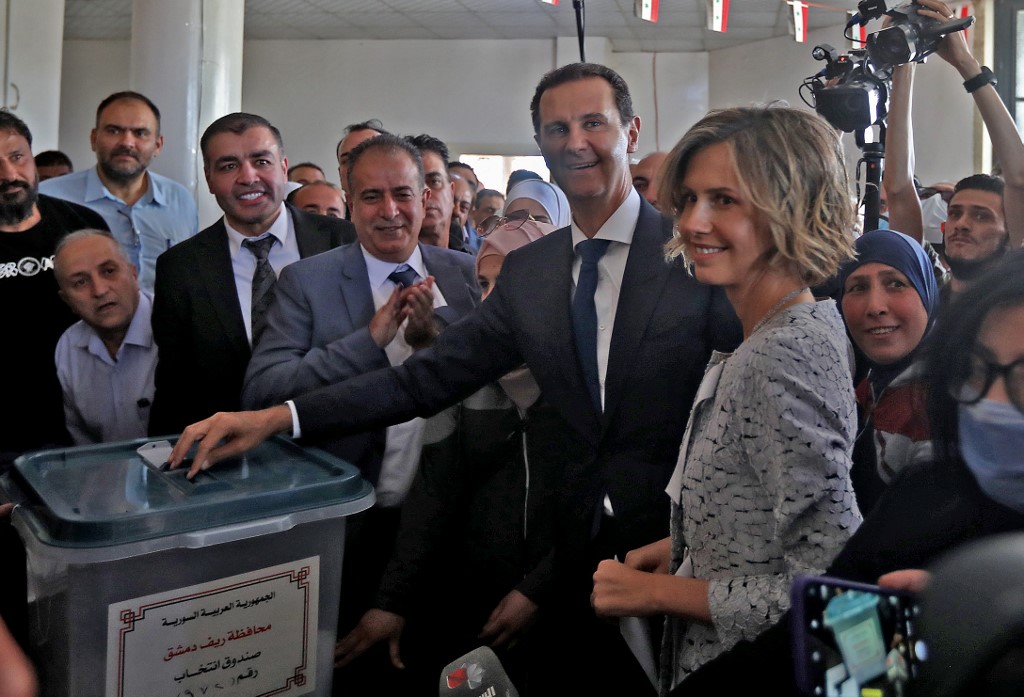 Syrian President Bashar al-Assad (C) and his wife Asma (R) cast their votes at a polling station in Douma, near Damascus on May 26, 2021, as voting began across Syria for an election guaranteed to return Assad for a fourth term in office. (File photo: AFP)

Hamoudeh Sabbagh, the parliament speaker, said that Assad won 95.1 percent of the vote as opposed to 88.7 percent in the 2014 election.

He said that about 14 million of the estimated 18 million eligible voters inside and outside Syria cast their votes, with a turnout rate of 78.64 percent.

Huge crowds of Assad supporters filled the Umayyad Square, the main square in the Syrian capital of Damascus, to celebrate Assad's win, waving Syrian flags and posters of Assad, while national music was blaring from loudspeakers.

Banners supporting Assad adorned the square and main streets in the capital.

Assad's win was largely anticipated as his competitors in the race are a low-profile opposition figure and a former cabinet minister.

The election was held on Wednesday with the polling stations open until midnight.

The Syrian government has been encouraging voters to cast their votes for the "future of Syria."

On July 17, 2000, Assad succeeded his father Hafez al-Assad as the Syrian president. Under the current Syrian constitution adopted in 2012, the president of Syria has the right to run for office twice, which means that this would be Assad's last term in office.