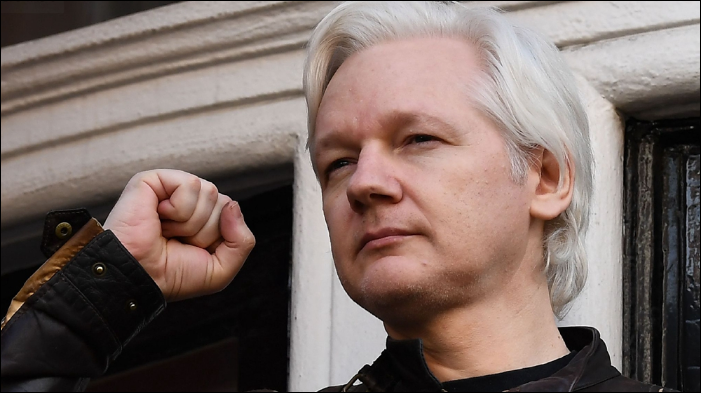 Julian Assange raises his fist prior to addressing the media on the balcony of the Embassy of Ecuador in London, May 19, 2017. （Photo: VCG）

‍WikiLeaks founder Julian Assange sued the Ecuador government on Friday for violating his "fundamental rights" and limiting his access to the outside world while in asylum at its London embassy.

The 47-year-old Australian's legal action comes with speculation mounting that Ecuador is preparing to end its standoff with the British government by terminating his high-profile stay.

Assange found refuge in the embassy in 2012 after a British judge ruled he should be extradited to Sweden to face allegations of sexual assault.

That case has since been dropped but Assange fears being extradited to the United States to face charges over the WikiLeaks website's release of troves of sensitive US government files.

WikiLeaks said its legal counsel Baltazar Garzon would launch a legal case against the government for "violating [Assange's] fundamental rights and freedom."

Britain's Press Association news agency said the case is expected to be heard in Ecuador next week.

WikiLeaks said its move comes almost seven months after Ecuador "threatened to remove his protection and summarily cut off his access to the outside world, including by refusing to allow journalists and human rights organizations to see him."

It added that the embassy was requiring Assange's visitors -- including journalists and lawyers -- to disclose "private or political details such as their social media usernames."

Ecuador confirmed blocking Assange's internet and mobile phone access in March after accusing him of breaking "a written commitment" not to interfere in Ecuador's foreign policies.

A protocol governing Assange's stay at the embassy -- revealed by Ecuadoran Internet site Codigo Vidrio and never denied by the country-- warns that further breaches will lead to "termination of asylum."

The website reported that the embassy intends to stop paying for Assange's food and medical care in December.

Under the protocol, Assange is to have his access to the Internet via the embassy wifi.

Garzon told a press conference in Ecuador on Thursday that Assange was suing Ecuador Foreign Minister Jose Valencia over his "inhuman" living conditions at the embassy.

Valencia said on Friday that Ecuador would "respond in an appropriate manner, in respect of the law."

Ecuador "has full legal support for its position, because the protocol was adopted in accordance with international rules and Ecuadoran law," the minister said.

Garzon told reporters in Quito that Assange was living in "an inhuman situation, because the solution that should already have been reached by the involved states is extending over time."

US Attorney General Jeff Sessions said in March 2017 that arresting Assange for leaking sensitive US government files was a "priority."