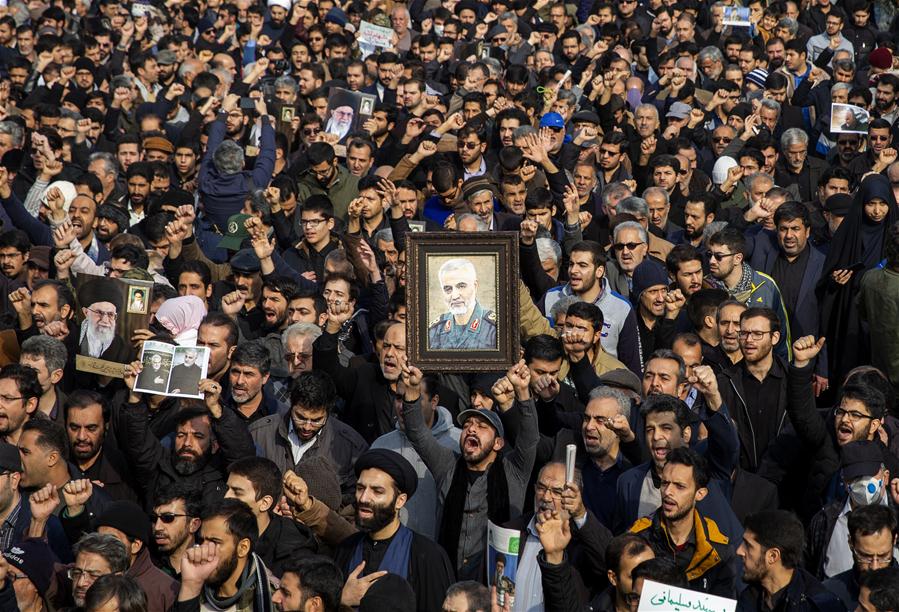 BAGHDAD, Jan. 3 (Xinhua) -- The U.S. strike that killed a senior Iranian commander raised fears among Iraqis that their homeland could become the main battlefield in the looming conflict between Iran and the United States.

Sabah al-Sheikh, a professor of politics at Baghdad University, told Xinhua that the U.S.-Iranian conflict has become clear in Iraq, and there is a possibility that the U.S-Iranian struggle could spread to cover more areas in the Middle East region.

"If the Iraqi leaders and all Iraqi factions do not show wisdom and restraint in dealing with such a conflict, the biggest loser will be the Iraqi people," al-Sheikh warned.

Al-Sheikh reviewed statements issued by Iraqi President Barham Salih and top Shiite religious leader Grand Ayatollah Ali al-Sistani as well as some other political leaders, in which they condemned the killing of Soleimani and al-Muhandis.

They all called for restraint to deal wisely with the consequences of the strike, because they are aware of the seriousness of the situation in order to avoid the deterioration of the security situation throughout the country, he said.

Iran has the ability to deliver an effective strike against the U.S. interests in Iraq and the region, he added.

"It wouldn't necessarily be striking U.S. military bases in Iraq or the U.S. Embassy in Baghdad, but Iran has the ability to ignite internal conflict inside Iraq and paralyze the country through violence and chaos in order to make the U.S. influence in the country impossible," al-Sheikh said.

Hisham al-Hashimi, an Iraqi expert in armed groups affairs, told Xinhua that the Shiite militias have the ability and experience to adapt with the strike.

"The Shiite militant groups can find leaders as good as those who died. They have readiness and willingness to confront violent and unpredictable scenarios," al-Hashimi said.

However, the death of al-Muhandis could complicate the situation in Iraq in the short term because he was the point of communication and calm between different rival Shiite groups, according to al-Hashimi.

Najib al-Jubouri, a political expert and lecturer in Baghdad University, told Xinhua that the strike of Soleimani and al-Muhandis has diverted the U.S.-Iranian conflict from behind the scenes by Iran's proxy militias to direct confrontation.

"The new position reduced maneuverability on each side, increasing the risk of the confrontation spinning out of control, which might fill the Middle East with blood at the start of 2020," al-Jubouri said.

Iraq and the region need more attention from the international community, al-Jubouri said, adding that it is the duty of the world states and international organizations to work hard to prevent conflicts from expanding.

For his part, Ibrahim al-Ameri, a political analyst and teacher of politics at Baghdad University, said that the assassination of Soleimani is another "manifestation of the U.S.-Iranian conflict in Iraq, and it is also a reflection of the expansion of the conflict between the two countries."

Given the role of Soleimani in Iran's regional strategy and its influence at home and abroad, the intensity of the U.S.-Iraqi struggle has spiraled, affecting the situation in Iraq and the entire Middle East more than last year's tanker attack and Saudi oil field facilities attack, al-Ameri said.

Iraqi caretaker Prime Minister Adel Abdul Mahdi strongly condemned the attack, calling the assassination of al-Muhandis "an aggression against Iraq, its state, its government and its people."

The attack came after supporters of the Hashd Shaabi militias stormed on Tuesday the perimeter of the U.S. embassy in Baghdad. 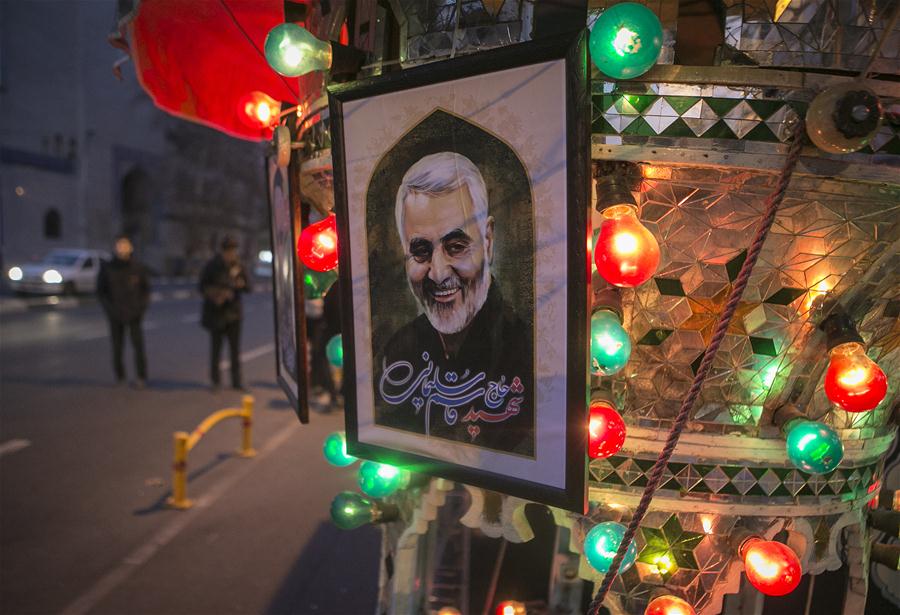