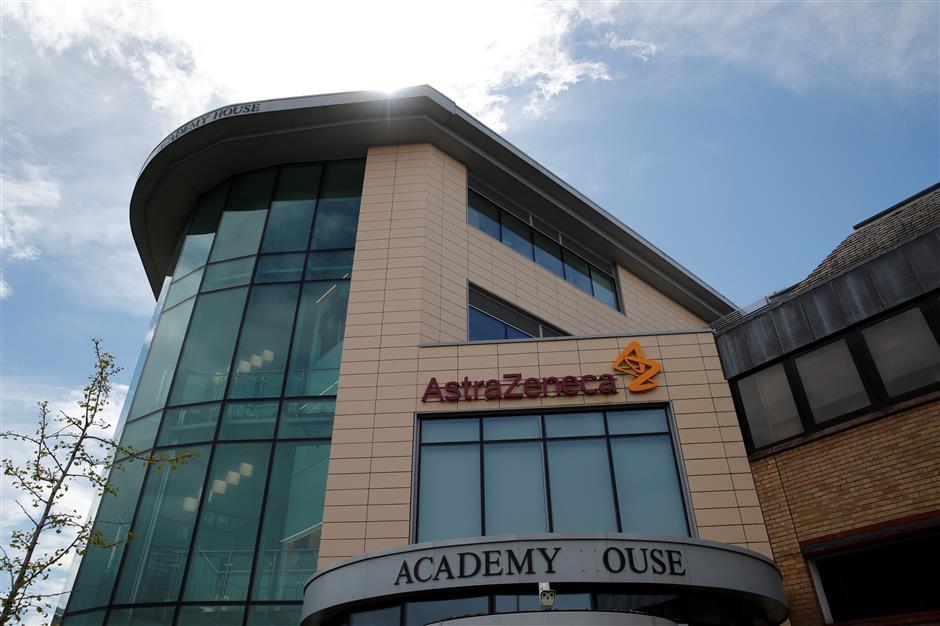 A view of the front of the AstraZeneca building in Cambridge, Britain.

The European Union launched a new lawsuit against AstraZeneca on Tuesday that could lead to financial sanctions for the company which the EU alleges has breached a supply contract for COVID-19 vaccines.

The lawsuit is the EU’s second against AstraZeneca after the bloc took action at the end of April over delayed vaccine supplies.

AstraZeneca has said the EU’s first legal action is without merit, saying that it complied with the contract. The company’s lawyer said yesterday the lawsuit was not needed given that there was already one underway.

An EU lawyer, speaking in a Belgian court at yesterday’s hearing, asked that AstraZeneca deliver at least 120 million vaccine doses by the end of June in Brussels’ first formal request so far on the exact volume it is seeking to receive by mid-year.

The Anglo-Swedish drugmaker had originally committed to deliver 300 million vaccine doses from December to the end of June, but has delayed shipments, having delivered only 50 million so far, which under the contract were due in January.

As a partial and immediate compensation for the delays, the EU’s lawyer told the court that the company should deliver at least 120 million doses by the end of June.

AstraZeneca’s aim is to ship 100 million shots by mid-year, which the company’s lawyer confirmed at the hearing.

The lawyer said AstraZeneca was not obliged to deliver the entire volume set in the contract because it only committed to doing its “best reasonable efforts.”

He declined to say if the company could accept the EU’s demand to deliver 120 million doses by the end of June. The company has cited production problems and export restrictions as reasons for its delayed supplies to the EU.

The EU lawyer told the court that the EU hoped that the remainder of the contracted 300 million doses could be delivered by AstraZeneca by September, although he did not submit a formal request.

The pharmaceutical company was not immediately available for comment.

Officials familiar with the case said the second lawsuit is mostly procedural but would also allow financial penalties to be imposed on the company.

A request for a provisional compensation of 1 euro (US$1.2) was put forward by the EU while damages were assessed. A demand for real compensation for what the EU has alleged is a breach of contract by AstraZeneca would be decided at a later stage.

One official said the fine could be “significant” but declined to quantify the financial claim, which would need to be approved by the judge.

A spokesperson for the European Commission said the objective of the lawsuits was to get doses and not to punish AstraZeneca. But he also said a fine could be imposed.

Another hearing has been already set for May 26 on the first legal case in which the EU is seeking an immediate acceleration of deliveries.