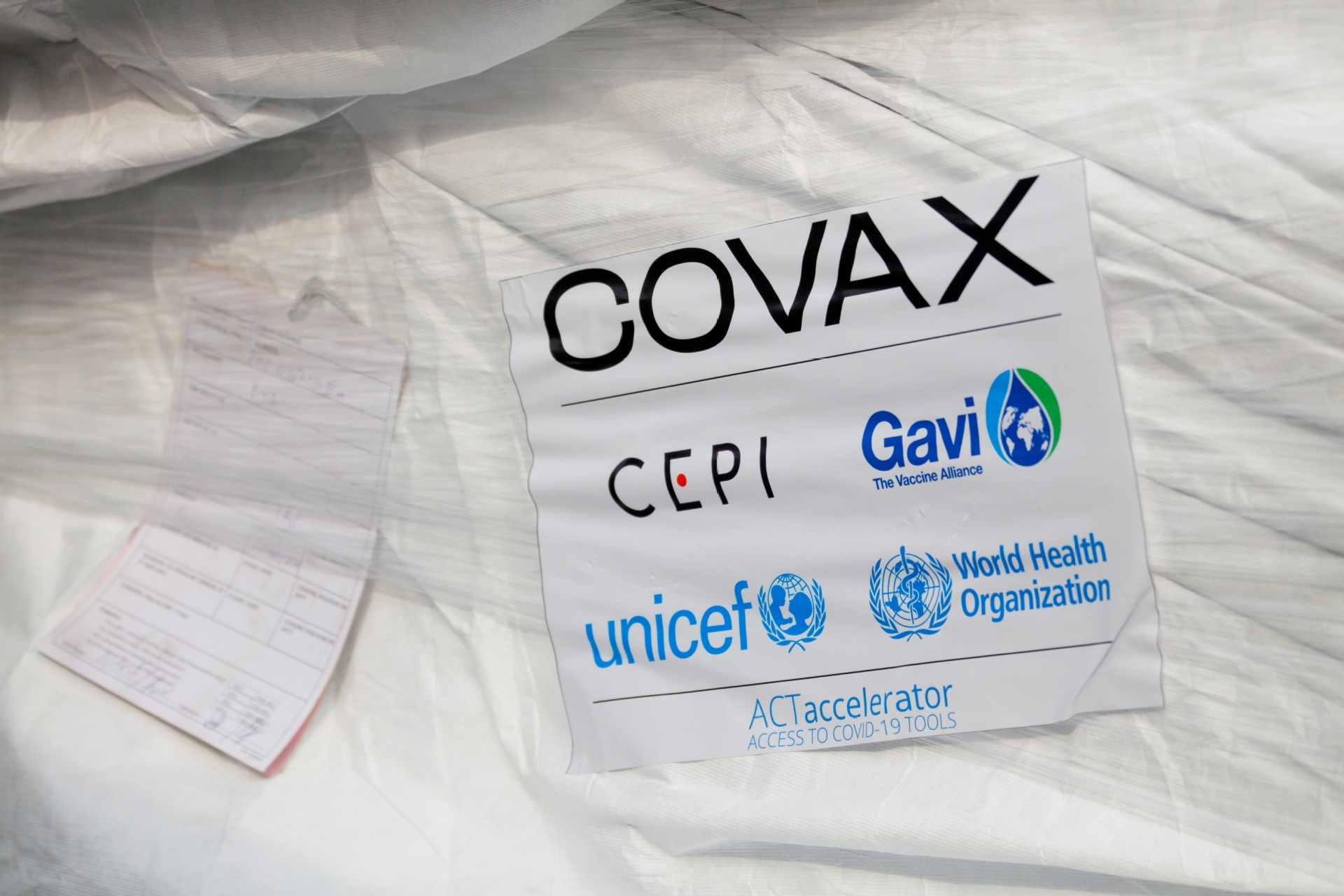 FILE PHOTO: A pack of AstraZeneca/Oxford vaccines is seen as the country receives its first batch of coronavirus disease (COVID-19) vaccines under COVAX scheme, at the international airport of Accra, Ghana on February 24, 2021. (Photo: Agencies)

Following the uncertainty on when the Serum Institute of India will resume the supply of AstraZeneca vaccines to COVAX facility, the Africa Centers for Disease Control and Prevention has advised African countries to consider re-vaccinating their populations with other available alternative COVID-19 vaccines.

Speaking in a news briefing on Thursday, John Nkengasong, the director of Africa CDC, said those who have already received the first of the two-dose AstraZeneca vaccine can receive alternative vaccines to remain fully vaccinated, if there is absolute clarity that they may not receive the second doses.

"There is no harm for those who have received their first doses of AstraZeneca to consider receiving Johnson and Johnson vaccines as an alternative to complete the whole vaccination cycle," he said.

Nkengasong clarified that taking an alternative vaccine for those who have already received the first doses of AstraZeneca vaccines doesn't mean a boost to their first doses. Instead, it's a whole new effort to ensure they are fully vaccinated.

The ban of exports of AstraZeneca vaccines by the Indian government in order to cater to domestic use amid a devastating second wave has left many African countries in panic, with the possibility of administering the second dose vaccine proving difficult.

Kenya, for instance, was going to start the second phase of vaccination in May but the supply shortage halted the plan, leaving over 900,000 people who received the first dose of AstraZeneca worried.

In the Ministry of Health official Twitter account, Mutahi Kagwe, the health cabinet secretary, on Thursday said AstraZeneca vaccine is unlikely to remain the vaccine of choice in Africa because of the delays in shipments currently being experienced from India.

He said the government is expecting an additional 150,000 doses from nearby countries like the Democratic Republic of Congo where there is no capacity to administer vaccine doses before they expire in June this year.

"Currently, there are about 100,000 doses left from the 1.12 million doses which were acquired in March this year," Kagwe said.

In a statement published on its official Twitter account on Tuesday, Serum Institute of India said it hopes to start delivering vaccines to COVAX and other countries by end of the year.

"We are amongst the two most populous countries in the world, a vaccination drive for such a large population cannot be completed with 2-3 months, as there are several factors and challenges involved. That said, it would take 2-3 years for the entire world population to get fully vaccinated," the statement said.

The institute is the world's biggest vaccine maker and also the main supplier of COVID-19 vaccine doses to Covax.

According to the World Health Organization, between February and May Africa received 18.2 million of the 66 million expected doses through COVAX facility.

WHO said the facility is exploring options to mitigate the impact of the global supply shortage and is in active negotiations with other manufacturers of COVID-19 vaccines to diversify the portfolio while supporting the medium- to long-term scale up of manufacturing capacity.

Nkengasong said distribution of vaccines acquired through the African Vaccine Acquisition Trust will start in the first week of August.

The trust signed an agreement with Johnson and Johnson to purchase 220 million doses of Janssen COVID-19 vaccine.

"We are working hard to make sure the vaccines are delivered. Some early doses may be available but not in large amount," Nkengasong said.

"We remain hopeful on the positive signals that we are hearing from countries that had acquired large amount of vaccines, that they are ready to begin to redistribute. We hope that can be done quickly so that we don't run into a gap between now and August when we will start distributing Janssen COVID-19 vaccines."

As of May 17, a total of over 39 million vaccine doses had been acquired by the AU member states, with approximately 24 million doses having been administered. This figure corresponds to a coverage rate of 1.48 percent at the continental level, with 0.42 percent of the population having received a full vaccine regimen.

According to WHO, while limited supplies of doses are hampering the large-scale rollout of vaccines in the continent, funding for operational costs is also a critical barrier.

The UN agency said while eight countries across Africa have used up all their vaccines, over 20 countries have administered less than 50 percent of their doses.