China's top climate change official reaffirmed the principle of common but differentiated responsibilities and capabilities in implementing the Paris agreement as negotiations on climate change in Katowice, Poland were winding down to a final intense moment on Friday. 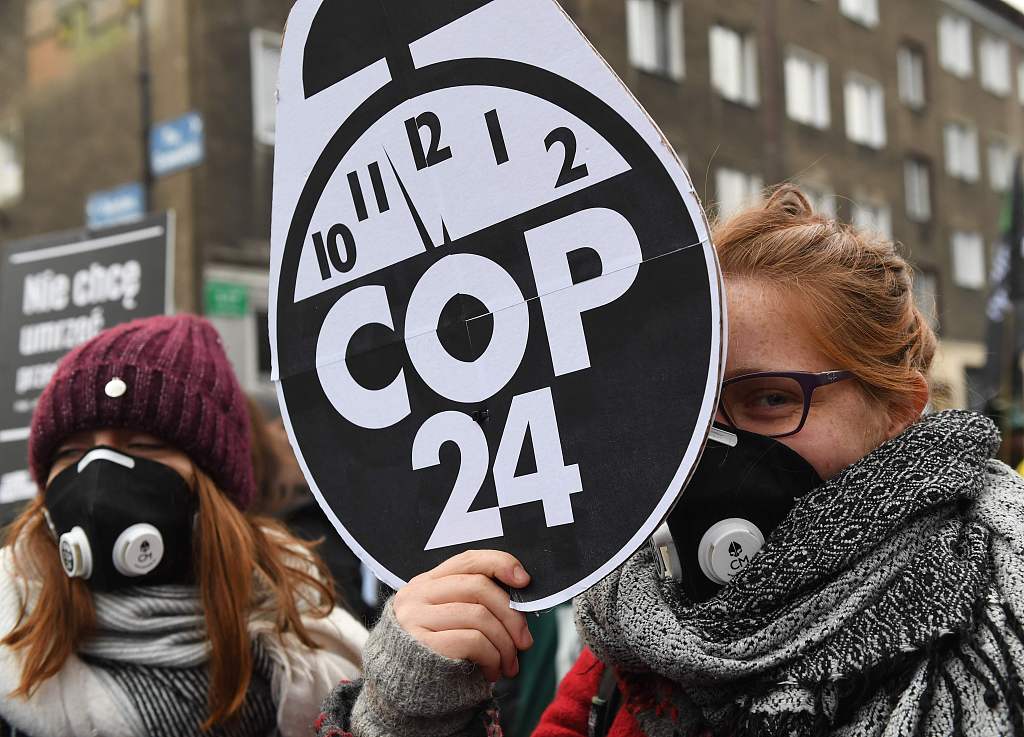 Protesters are pictured during a march for the climate on sidelines of the 24th Conference of the Parties to the United Nations Framework Convention on Climate Change (COP24) summit on December 8, 2018 in Katowice, Poland. (File photo: VCG)

Xie Zhenhua, China's Special Representative on Climate Change Affairs, noted that negotiations met with many difficulties, and developing countries are currently "not comfortable."

Xie made the remarks while meeting the press on Thursday during the Conference of the Parties (COP24) to the United Nations Framework Convention on Climate Change in Katowice, Poland.

According to previous promises, developed countries should raise $100 billion every year to 2020, and transfer advanced technologies to developing countries to help them tackle climate change.

"Money is the most difficult part of it. This is all money talk. This (meeting) is about technical decisions although it turned political," a delegate was quoted by Reuters.

Meanwhile, transparency has been a focus during the negotiation of the previous days, as developed countries urged developing countries to report their actions on confronting climate change.

Xie also said during the interview that China values the transparency principle, which is important for implementing the Paris agreement and building political trust.

Meanwhile, it should also be based on the different capabilities of different countries, and financial and technological support should be provided to developing countries, Xie noted.

He also said that climate-change initiatives will not reduce employment, but would promote the sustainable development of economic and social activities. All countries should recognize this trend.

"We are not prepared to die. We are not going to become the first victims of the climate crisis. Instead, we are going to do everything in our power to keep our heads above water," Mohamed Nasheed, former president of the Maldives and leading negotiator of the island country, told delegates at the talks on Thursday in Katowice, Reuters reported.

The COP24 is scheduled to officially close on Friday, but on-going negotiations could delay the end of the meeting for hours or days in the hope the parties can reach an agreement.