At least 1 killed, 3 injured in car bomb in Mogadishu: police

MOGADISHU, Jan. 29 (Xinhua) -- At least one person died and three others were injured in a car explosion that exploded in the Somali capital Mogadishu on Tuesday, according to the police. 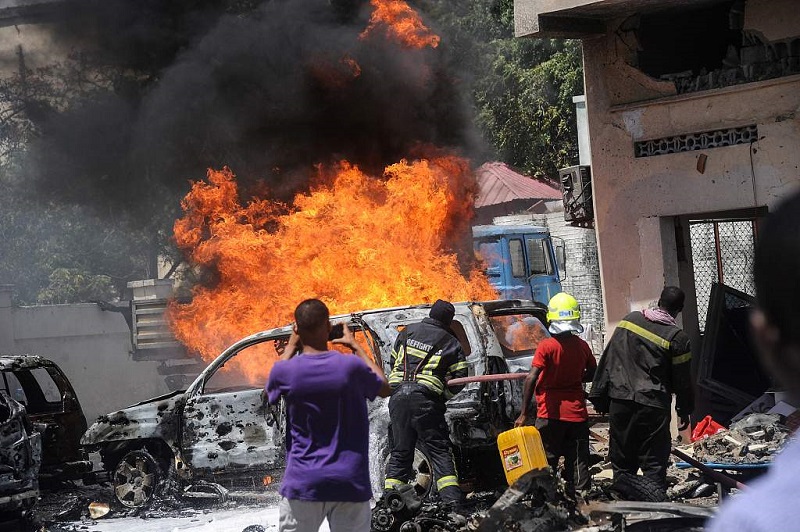 Firefighters are at work to extinguish a fire at the scene where a car bomb exploded in Mogadishu, on January 29, 20 19. (Photos: VCG)

Police at the scene said the incident happened as the security officers were inspecting the vehicle at the entrance of a fuel station near the Ministry of Petroleum, which is close to Banadir Regional Administration headquarter.

"So far one person died and three others injured. I don't know whether the toll could rise since we are still at the scene," said a police officer who declined to be named.

Plumes of black smoke could be seen billowing from the scene into the air.

No group has claimed responsibility for the latest attack in the Horn of Africa nation but al-Shabab have often staged such attacks across the country.

Cover image: A Somali man uses a pole to search under a car at the scene where a car bomb exploded in front of a restaurant in Mogadishu, Somalia January 29, 2019.