Heavy rains and high winds buffeting much of Italy have killed 11 people over two days as Venice officials lamented Tuesday one of the worst floods ever to strike the city's famed St. Mark's Basilica. 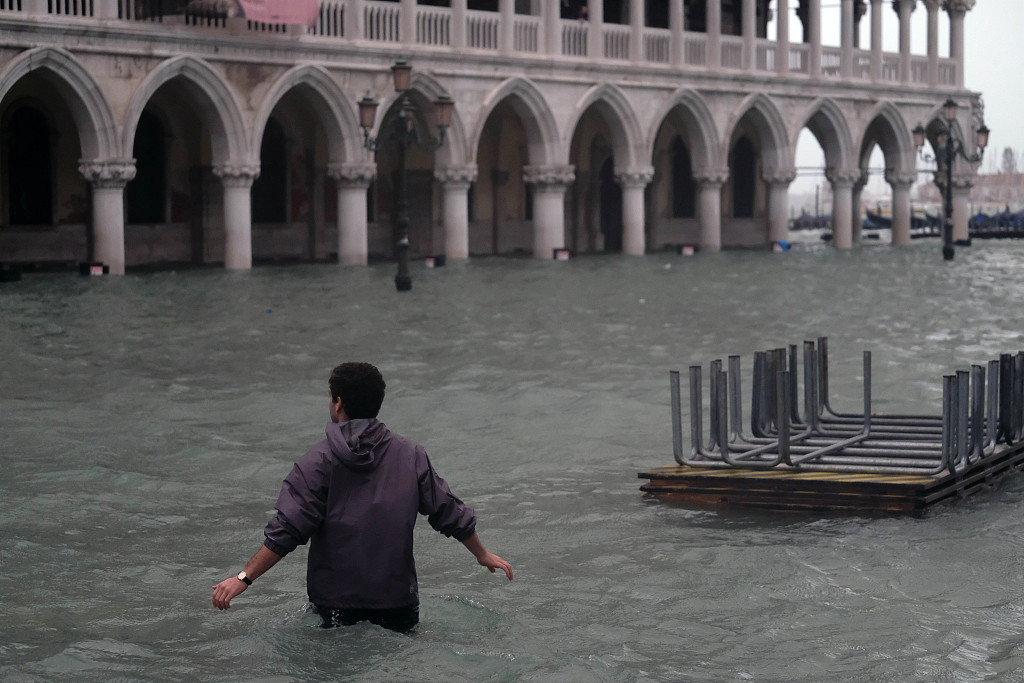 Many of the deaths were due to trees crashing down on cars and pedestrians. The victims also included a woman who was buried by mud when a landslide invaded her home near Trento in northern Italy and a man who was slammed against rocks while wind surfing in Emilia-Romagna.

The other fatalities occurred in Naples, Liguria, Lazio and Veneto, where authorities found a 61-year-old man whose body had been swept more than a kilometer (half a mile) away from his car. 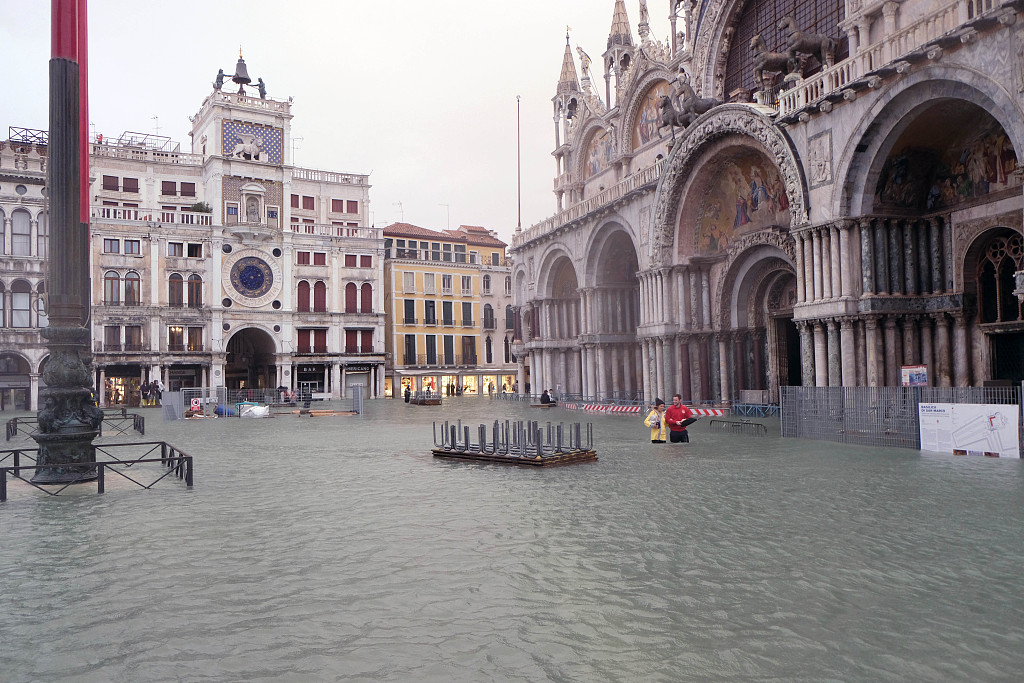 The windy weather created an exceptional tide in Venice on Monday, covering three-quarters of the city for the first time in a decade. On Tuesday, water levels topped only briefly the 80 centimeters that floods St. Mark's Square, one of the city's lowest points.

"It was the perfect storm during which adverse meteorological conditions contributed to the situation in the sea and winds," civil protection chief Angelo Borrelli said.

Italian News agency ANSA reported damage to the mosaic floors inside St. Mark's Basilica, where Monday's flood waters reached a peak of 90 centimeters (35 inches.) The bronze metal doors and columns also sustained damage in what was the fifth most serious flood in the church's 924-year history.

First Procurator Carlo Alberto Tesserin, who is charged with the basilica's preservation, told ANSA the church "aged 20 years in one day." He said that parts of the building, near the main entrance opposite the main altar, were under water for 16 hours. 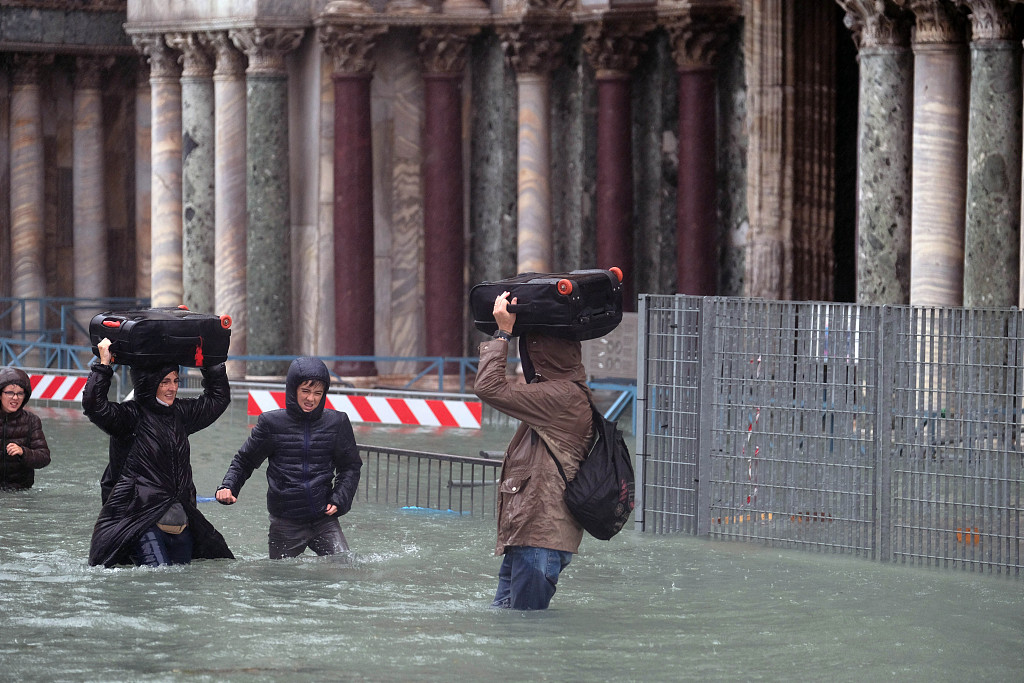 "Venice is an amphibious civilization. We need to get used to this," cafe art director Stefano Stipitivich said.

Rains flooded highways and caused a landslide that forced the temporary closure of the Brenner highway connecting Italy with Austria, while the Adige River running through Verona rose by 2 meters (6 feet) but did not overflow.

In Rome, more than 100 trees were felled by high winds, and ports reported damage from the storm, including to moored boats.

Olive growers in Liguria estimated that one-third of the crop was lost due to damage from the storms that struck during the harvest.

Nearly 6,000 firefighters were dispatched to remove debris from roadways across the country. One firefighter was killed by a tree near Bolzano, in Alto-Adige. Schools were closed in large areas of the country for two days as a precaution.