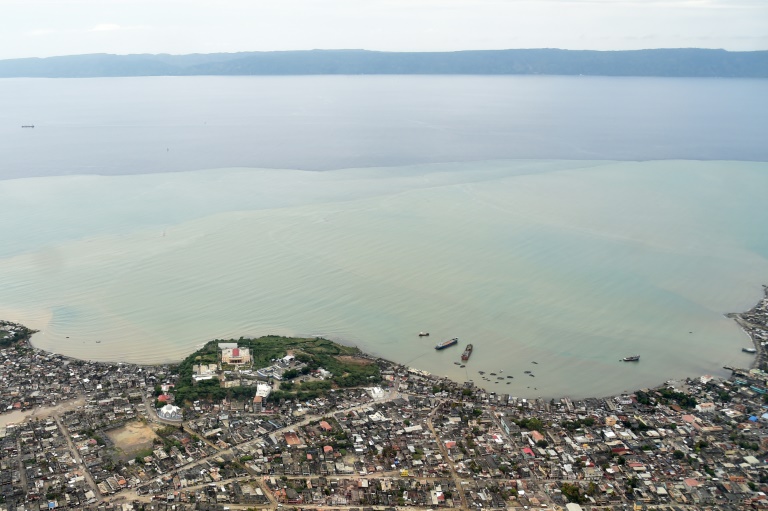 Seven of the dead in an earthquake in Haiti were killed in the city of Port-de-Paix, seen here. (Photo: AFP)

A 5.9-magnitude earthquake struck off the northwest coast of Haiti late Saturday, killing at least 11 people, injuring more than 130 others and damaging homes in the Caribbean nation, authorities said.

The epicenter of the quake was located about 19 kilometers (12 miles) northwest of the city of Port-de-Paix, the US Geological Survey reported.

Government spokesman Eddy Jackson Alexis told AFP that 11 people had been reported dead so far, seven of them in Port-de-Paix, the capital of Haiti's Nord-Ouest department.

Four others were killed in the town of Gros-Morne, about 50 kilometers to the southeast, the spokesman said.

Two minor aftershocks were registered, the agency said, adding that no tsunami warning was issued in connection with the quake activity.

The town of Chansolme and the small island of Tortuga also suffered damage, officials said.

The tremor rattled the capital Port-de-Prince, sparking fear among residents still reeling from the massive 2010 earthquake that left at least 200,000 people dead and 300,000 more wounded.

"I urge the population to remain calm," President Jovenel Moise said on Twitter, adding that local and regional authorities were assisting those in need.

"The injured are being treated at area hospitals," the civil protection agency said, noting that some of the injuries were sustained when people panicked after the quake.

The agency confirmed that some homes were destroyed or damaged, without offering specific figures.

Images of damaged homes and partially destroyed buildings were circulating on social media, but AFP was not immediately able to confirm their authenticity.

The Nord-Ouest department is the poorest part of impoverished Haiti, with many areas isolated due to the dire state of the roads.

The damage caused was worth an estimated 120 percent of GDP in Haiti, the poorest country in the western hemisphere.

Longer-term reconstruction has been hampered by lingering political chaos in the nation of nearly 11 million people, and by a deadly cholera epidemic introduced by infected Nepalese UN peacekeepers sent in after the quake.