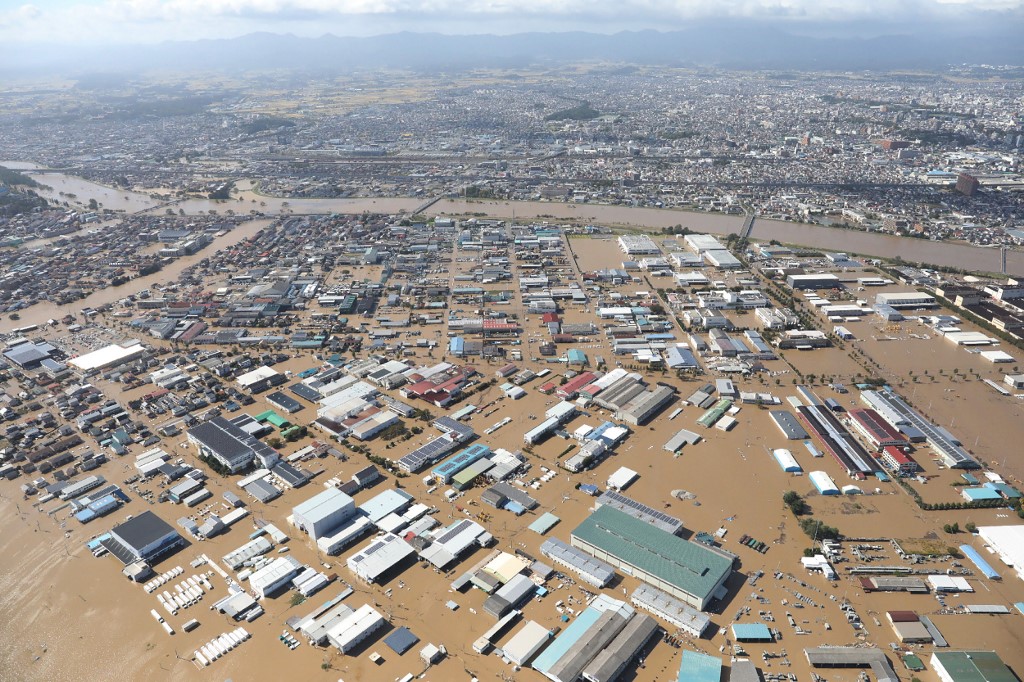 This aerial view shows a flooded area besides the Abukuma river in Koriyama, Fukushima prefecture on October 13, 2019. (Photo: AFP)

According to eye witnesses working in a nearby bank, the explosion may have occurred at a restaurant, Japan's public broadcaster NHK reported.

Emergency personnel believe the explosion, which completely blew out the outer walls of the building leaving only its steel frame remaining, may have been the result of a gas leak.

First responders were alerted to the explosion in the city of around 323,000 people by a passerby who heard a loud blast shortly before 9:00 a.m. local time, according to local media accounts.

Multiple firetrucks and ambulances were dispatched to the site where the injured, two of whom were unable to walk, were rushed to hospital while the blaze was tackled, the accounts also said.