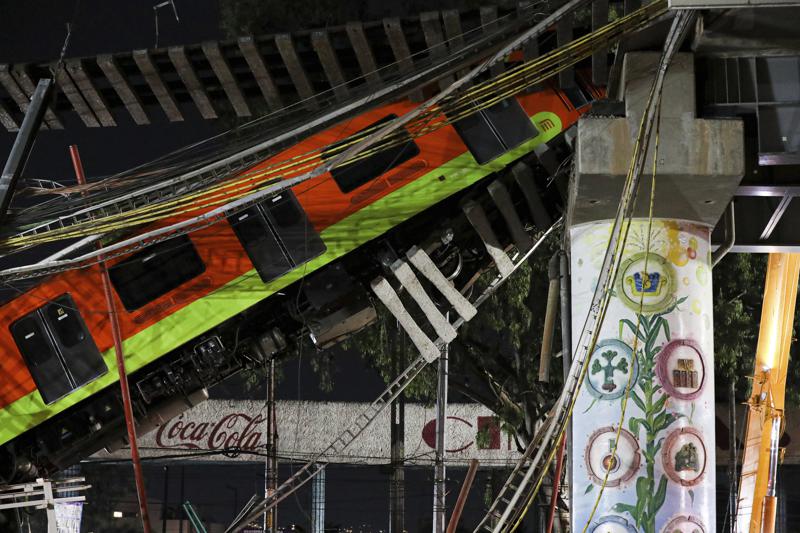 Mexico City fire fighters and rescue personnel work to recover victims from a subway car that fell after a section of Line 12 of the subway collapsed in Mexico City, Monday, May 3, 2021. The section passing over a road in southern Mexico City collapsed Monday night, dropping a subway train, trapping cars and causing at least 50 injuries, authorities said. (Photo: AP)

MEXICO CITY, May 4 (Xinhua) -- At least 13 people have been killed and 70 others were injured after a metro bridge collapsed in southern Mexico City Monday night, local authorities said.

Mexico City's secretary of government, Alfonso Suarez del Real, told reporters that people from the emergency, fire and civil protection services are working at the scene of the accident to rescue people who are trapped in the subway trains.