WORLD At least 13 killed in bus collision in western Russia

At least 13 killed in bus collision in western Russia

MOSCOW, Oct. 5 (Xinhua) -- At least 13 people were killed Friday after two buses collided on the Tver-Rzhev highway in west Russia's Tver region, the office of the regional governor Igor Rudenya said in a statement. 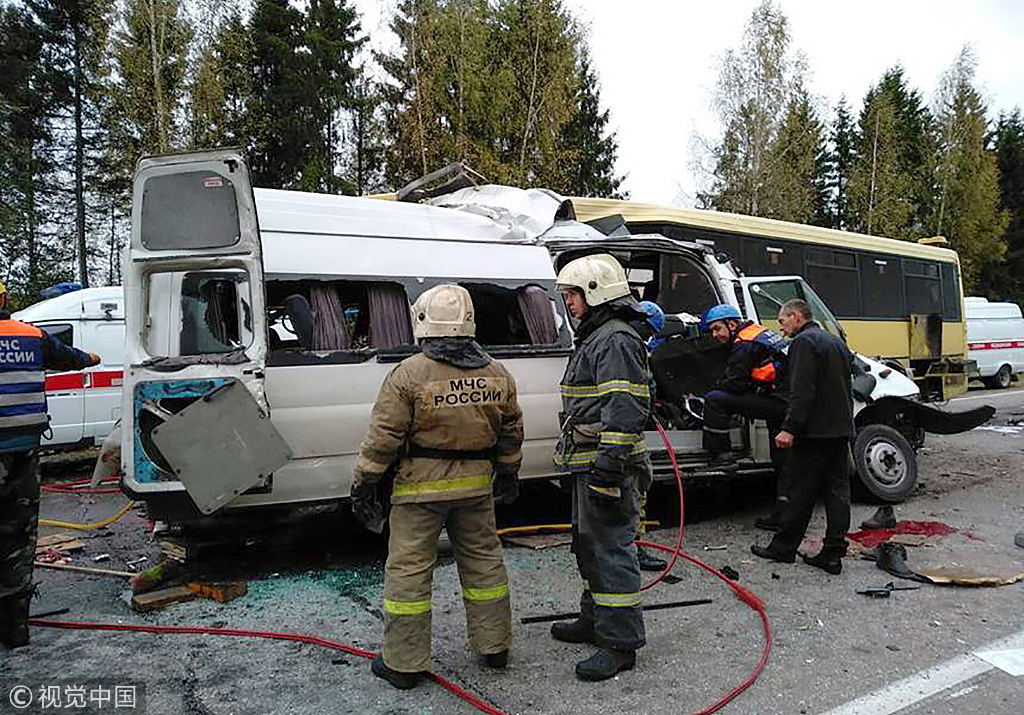 Emergency services staff working at the scene of a collision between two buses on a highway outside the city of Tver on October 5, 2018. Thirteen people died and two more were injured when two buses collided Friday on a highway northwest of Moscow, regional authorities said. (Photo: the Russian Emergency Situations Ministry)

"The accident occurred as a result of a head-on collision of a chartered Ford minibus and a bigger passenger LIAZ bus of the local Tver Avtotrans company. The minibus moved to the oncoming traffic lane used by the regular bus," it said. 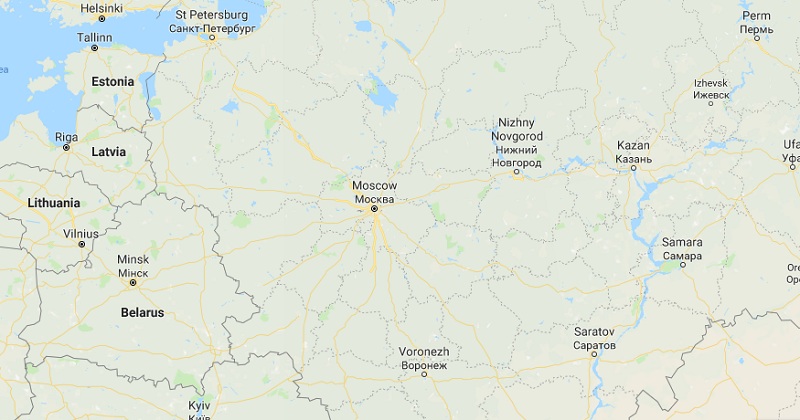 The 13 killed in the crash were all passengers of the Ford minibus, and three others who were injured were sent to a local hospital, it added.

The Tver regional division of the Emergencies Ministry said in a separate statement that the LIAZ driver and one LIAZ passenger were among the injured.

A probe is underway to find the cause of the accident.