A suicide attacker blew himself up at a Kabul polling centre on Saturday, killing at least 13 people, security officials said, adding to the bloodshed during the legislative election. 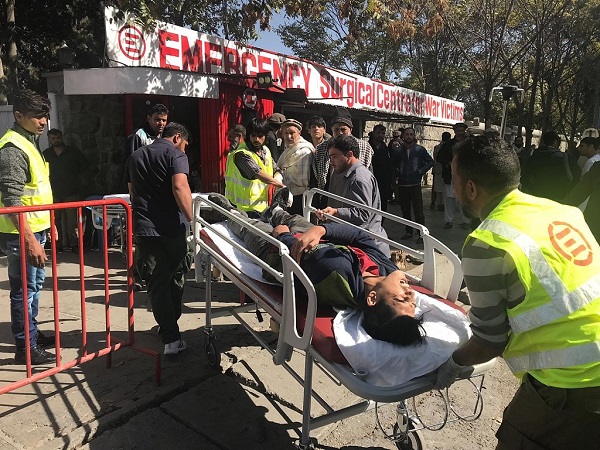 A wounded person is being carried to a hospital with a stretcher after a suicide attack targeted a polling station during the parliamentary elections in Wazir Akbar Khan neighbourhood in northern Kabul, Afghanistan on October 20, 2018. (Photo: VCG)