WORLD At least 15 dead in mudslide at hotel in Peru: mayor

At least 15 dead in mudslide at hotel in Peru: mayor

An avalanche of mud and rocks crashed into a hotel during a wedding celebration in southeastern Peru, killing at least 15 people, authorities said Sunday. 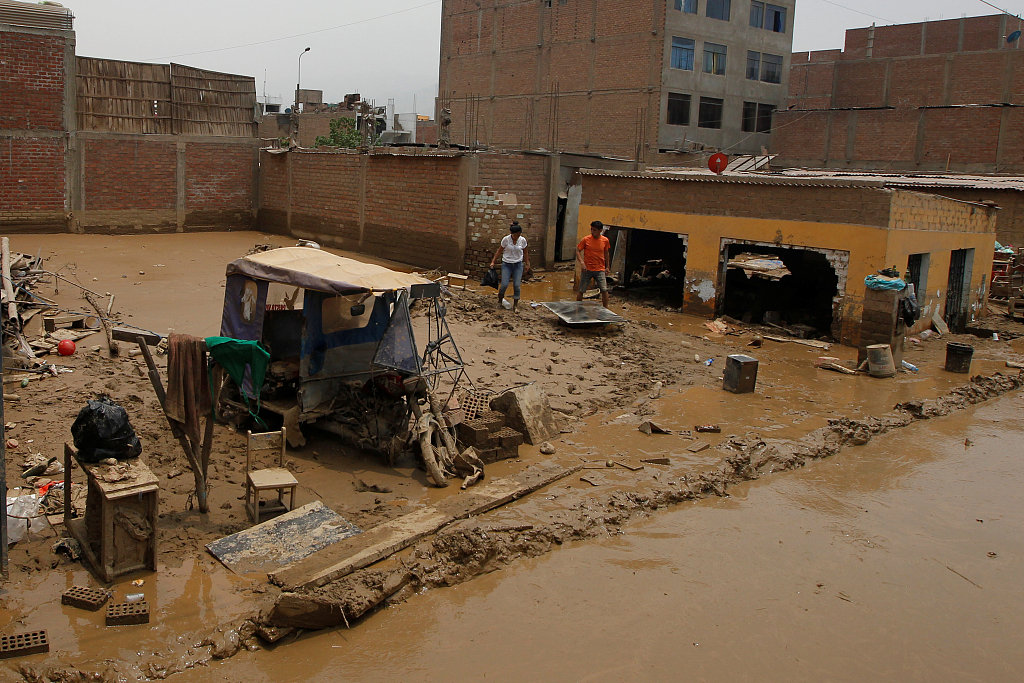 People walk on debris next to damaged houses after a landslide and flood in Lurigancho district in Chosica, Peru, February 2, 2017. (Photo: VCG)

"The avalanche broke through the walls of the hotel, entering into it with force," the mayor of the city of Abancay, where the hotel is located, told RPP radio.

The mayor, Evaristo Ramos, said about 100 guests had been invited to the wedding party and "there are 15 dead and 34 injured."