NANGARHAR, Afghanistan, May 12 (Xinhua) -- At least 15 people were killed and 56 others were wounded after a suicide bomb explosion hit a funeral in Afghanistan's eastern province of Nangarhar province on Tuesday, a local official confirmed. 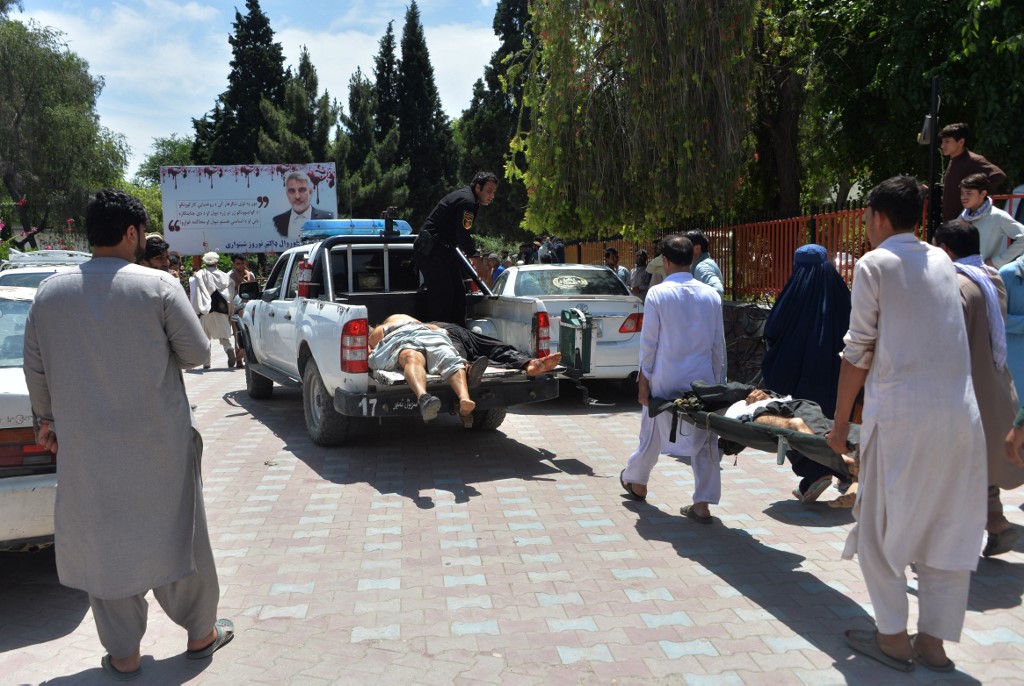 Injured men are transported on a truck to a hospital following a suicide attack at a funeral of a local police commander in Nangarhar on May 12, 2020. Photo by AFP

Those among the killed was Abdullah Malakzai, a member of the provincial council, and a member of the national parliament sustained injuries in the incident, the source said.

Many of the wounded received life-threatening wounds and were sent to hospitals in Kuz Kunar and provincial capital Jalalabad city.

Further details about the incident are still forthcoming amid the absence of any official statement.

Militants of the Taliban outfit and Islamic State (IS) group both have presence in the mountainous province.