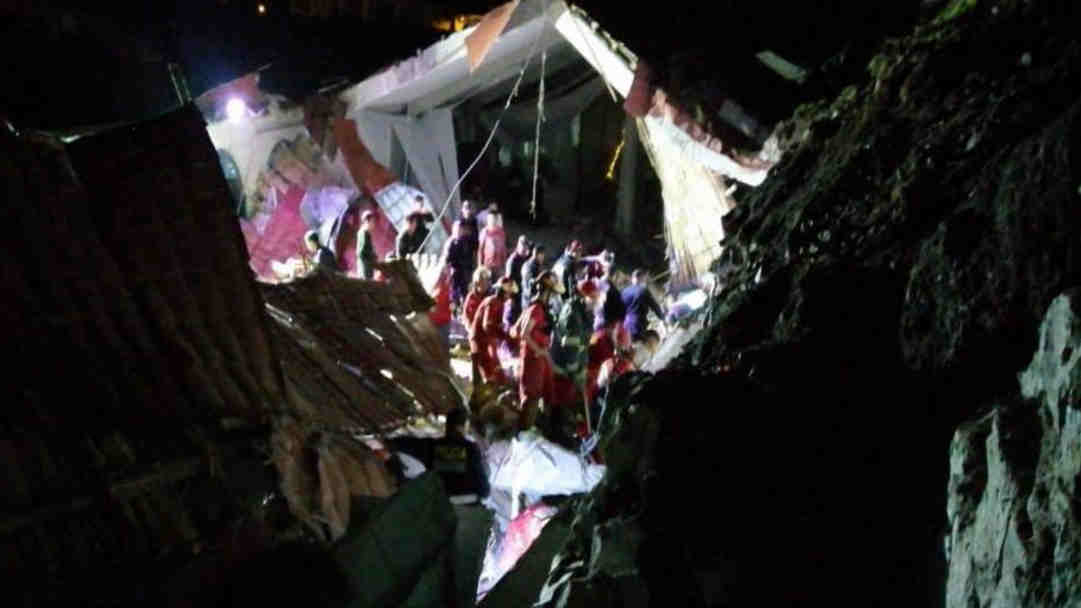 At least 15 people were killed and more than 30 others injured on Sunday as a wall of a hotel collapsed in the region of Apurimac in Peru, civil defense authorities said, indicating that the incident occurred due to heavy rains in the area.

A wedding was underway and fifty people were near the wall when the incident happened, according to local media.