At least 15 people were killed and more than 30 others wounded in a car bomb attack that targeted a government building in eastern Afghanistan on Saturday, officials said. 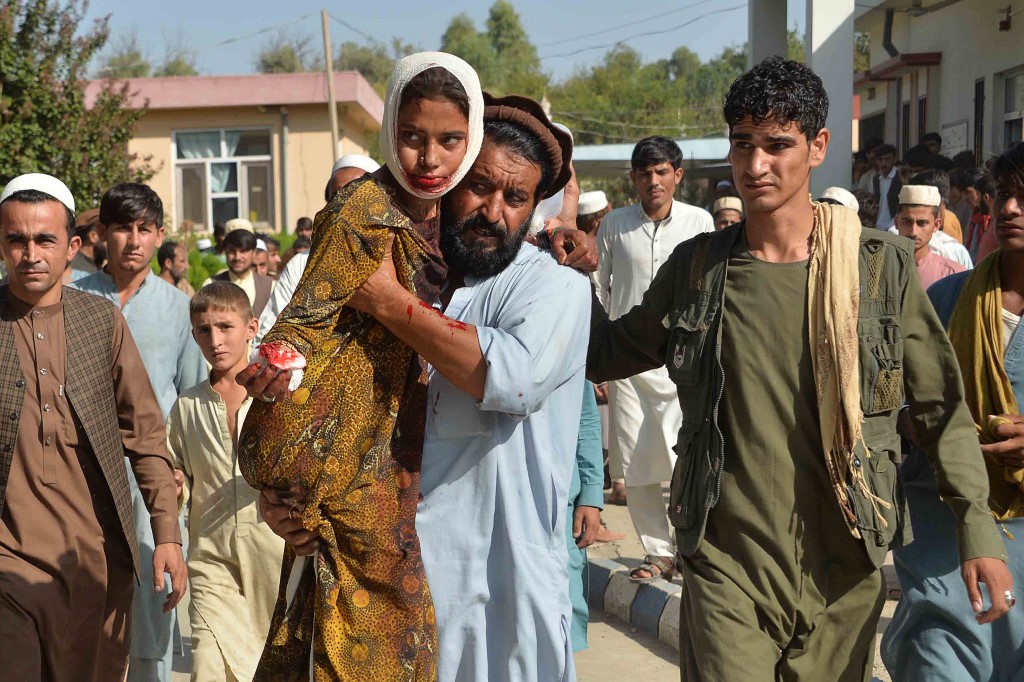 An injured youth (C-L) is carried to a hospital following a car bomb attack that targeted a government building, in the Ghani Khel district of Nangarhar province, about 35 km from Jalalabad on October 3, 2020. (Photo: AFP)

The explosion occurred at an administrative building that also housed some military facilities in the Ghani Khel district of Nangarhar province, the governor's spokesman Attaullah Khogyani told AFP.

"The car bomb detonated at the entrance of the district headquarters building. Several armed attackers tried to enter the building after the attack but were killed by security forces," he said.

He said most of the victims were Afghan security force members but several civilians were also among the dead.

No one had so far claimed responsibility for the attack but Khan blamed the Taliban.

Both the Taliban and the Islamic State group are active in the region.

The Taliban have stepped up attacks across the country even as the group is meeting for peace talks with Afghan government negotiators in Doha.

A roadside blast in central Afghanistan on Tuesday killed at least 14 civilians, mostly women and children, the interior ministry said.