WORLD At least 151 dead, 82 injured in Halloween stampede in Seoul

At least 151 dead, 82 injured in Halloween stampede in Seoul

At least 151 people were killed and 82 others were injured in a deadly crush in Seoul's Itaewon district, South Korea, as huge crowds of partygoers stampeded at late-night Halloween celebrations, local authorities said on Sunday. 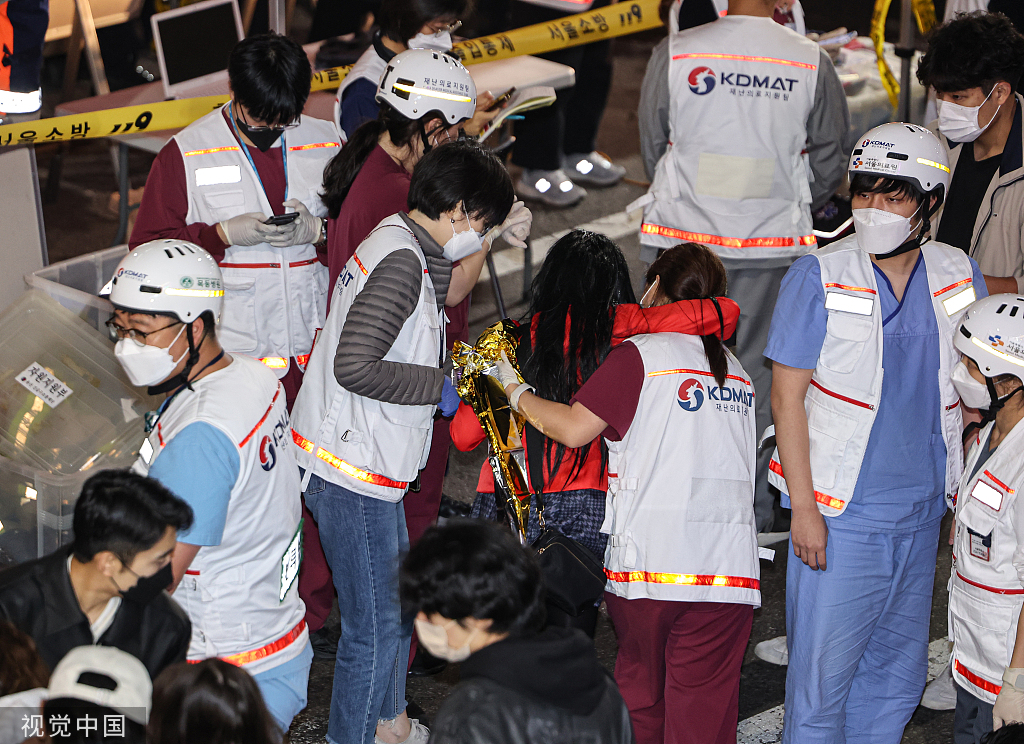 The incident took place on Saturday night in a narrow downhill alley near Hamilton Hotel in the famous nightlife district, after a throng of partygoers flooded into it, according to witnesses.

Police estimated that roughly 100,000 people had participated in the Halloween parties.

"Many casualties were incurred as a crowd of people fell over during Halloween parties," Choi Seong-beom, head of the fire department in Yongsan, was reported as saying by Yonhap News Agency.

Most of the victims were teenagers and young adults in their 20s, according to local authorities.

One Chinese national was killed in the deadly stampede, the Chinese embassy has confirmed.

The exact cause of the incident is unclear.

Shortly after the stampede took place, South Korean President Yoon Suk-yeol convened two emergency meetings and ordered officials to secure enough hospital beds for the injured, establish an accident management headquarters, and properly deal with the aftermath including identifying the dead and investigating the cause of the accident.