At least 17 dead, over 40 hospitalized in India's spurious liquor tragedy 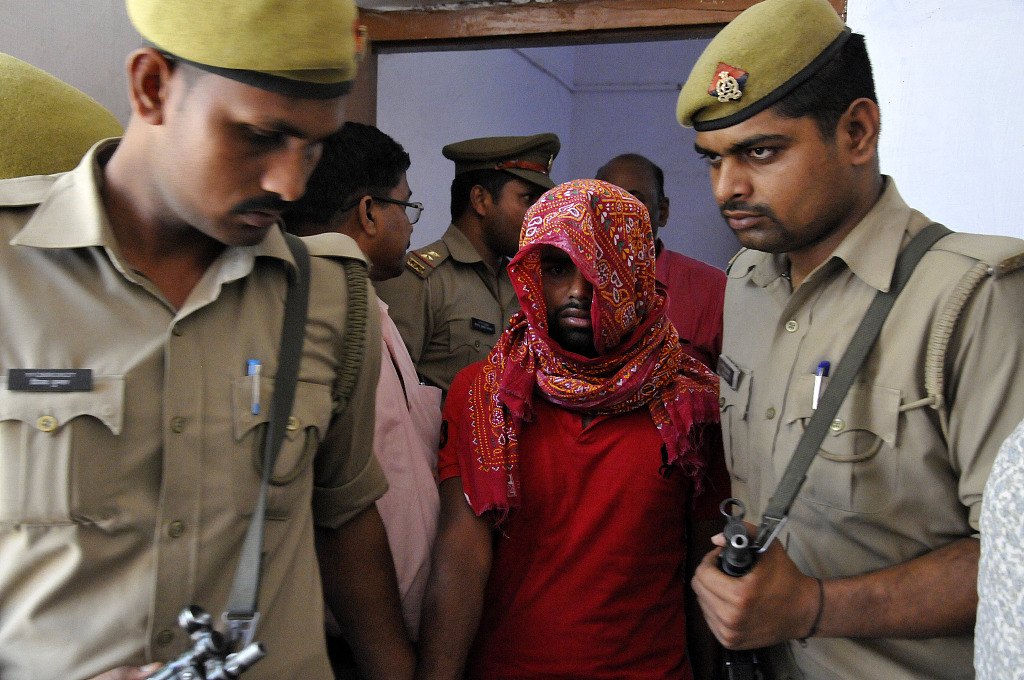 A man is detained by the police in connection to the deaths caused due to the consumption of spurious liquor in Barabanki, India, on May 28, 2019. (Photo: VCG)

"As of now the death toll is 12 but early today we received a report from the Lucknow hospital that two more who were referred there for specialized treatment have succumbed," district magistrate of Barabanki Udai Bhanu Tripathi told Xinhua.

"Apart from this, we have three deaths that took place in the hospital here, wherein families claim they also had consumed the tainted liquor. Of them, two have been already been cremated without post-mortem but the autopsy on the third body was performed and report is awaited. If we take into account all the cases then the toll is 17."

According to Tripathi the three patients were said to be already in the hospital when the tragedy unfolded.

"Now police are investigating the case and we are hopeful that clear picture would come out," he said.

The district magistrate said 44 patients were undergoing treatment in hospitals at Barabanki and Lucknow.

Police said the victims purchased country-made liquor from an authorized shop of the excise department at Raniganj market in the Ramnagar area of Barabanki district, about 58 km east of Lucknow, the capital city of Uttar Pradesh.

"After consuming the hooch, the villagers complained of losing their vision, nausea," a health official said. "They also felt problems in breathing."

Following the deaths, authorities issued an alert about the two brands in question, sold from the authorized excise department shops in the area and across the state.

Expressing concern over the deaths, Uttar Pradesh Chief Minister Yogi Adityanath on Tuesday ordered constitution of a high-level probe committee to look into the tragic incident in Barabanki.

According to a government spokesman, the committee would submit its report to the government in 48 hours.

"The committee will examine the roles of excise, police and district administration officials so as to fix responsibility for the lapses," a senior local government official said.

Uttar Pradesh with a population of 200 million is the most populous state in India and is ruled by the ruling Bhartiya Janata Party (BJP).

Opposition parties in the state accused the government of negligence.

In February, a hooch tragedy in India's northeastern state of Assam claimed over 150 lives, most of whom were tea garden workers at an estate. Prior to that around 100 people died in a similar tragedy in Uttar Pradesh and Uttarakhand.