At least 17 killed, 22 injured in rollover accident in north Chile

At least 17 people were killed, and 22 others injured after a double-decker bus overturned in Taltal, Antofagasta District of Chile on Sunday night, local media reported citing officials. 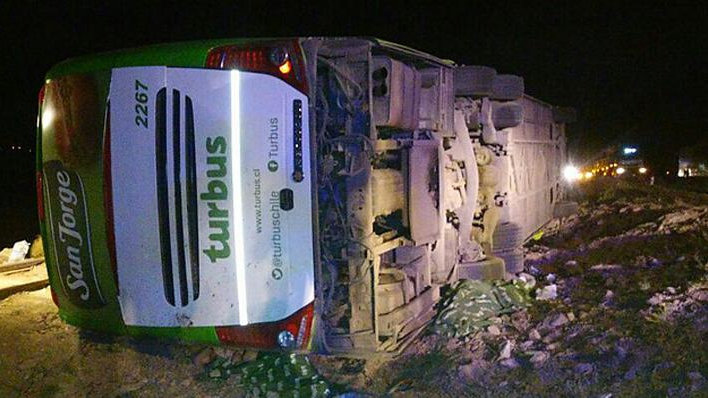 Fifteen of them died at the scene and two died after being taken to the hospital. Other injured people were taken to local hospitals.

Local authorities, firefighters, police and medical personnel rushed to the scene to deal with and investigate the accident.

The bus company said in a statement that both the vehicle and the driver were legally qualified: The vehicle had just been serviced and the driver had not been found drunk at the service station.

According to the municipal investigation, some passengers detected the smell of burning rubber before the accident and initially suspected that there might be a problem with the brakes.

The cause of the accident is under further investigation.