WORLD At least 18 killed in explosion in Syria's Idlib

At least 18 killed in explosion in Syria's Idlib 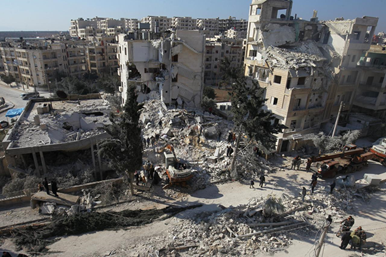 At least 18 people were killed and tens more injured, including civilians, in an explosion in Syria’s northwestern city of Idlib, a war monitor reported on Sunday.

The Syrian Observatory for Human Rights said the explosion targeted the headquarters of an opposition faction in Idlib. It was not immediately clear what the nature of the attack was.