WORLD At least 19 killed in explosion at clinic in Tehran

At least 19 killed in explosion at clinic in Tehran 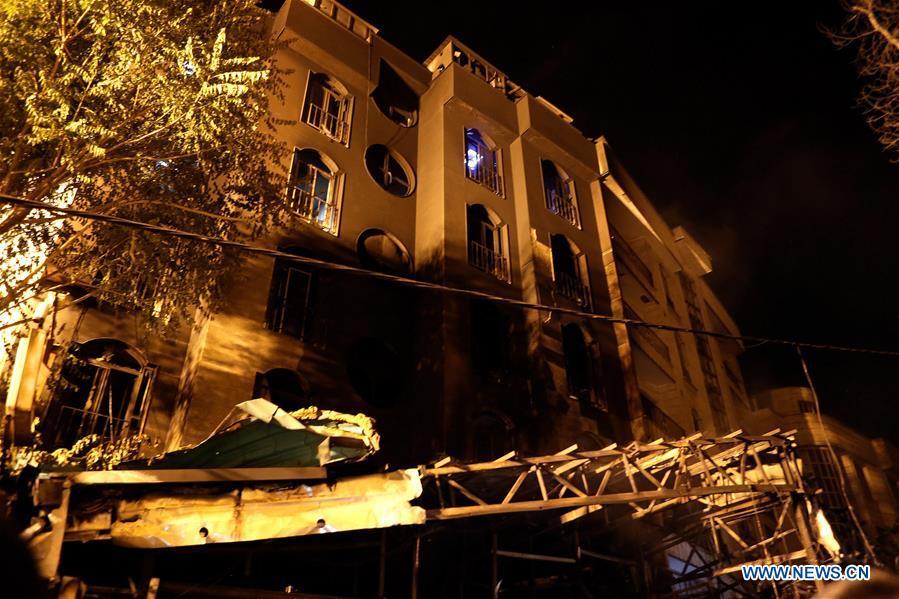 A view of a damaged medical clinic is seen at the explosion site in Tehran, Iran, June 30, 2020. [Photo/Xinhua]

At least 19 people were killed in an explosion at a clinic in the northern district of Iran's capital Tehran on Tuesday, said Jalal Maleki, spokesman for the Firefighting Organization of Tehran.

Maleki told official IRNA news agency that 15 of the dead were women and four were men.

In the explosion, six other people were injured, he said.

Also, 20 people who were trapped in the building at the time of explosion were rescued by firefighters, he added.

A loud explosion and a big fire hit the Sina Medical Clinic in a crowded street near the Tajrish square on Tuesday evening.

Local media reports said that the explosion of Oxygen capsules was the cause of the fire.