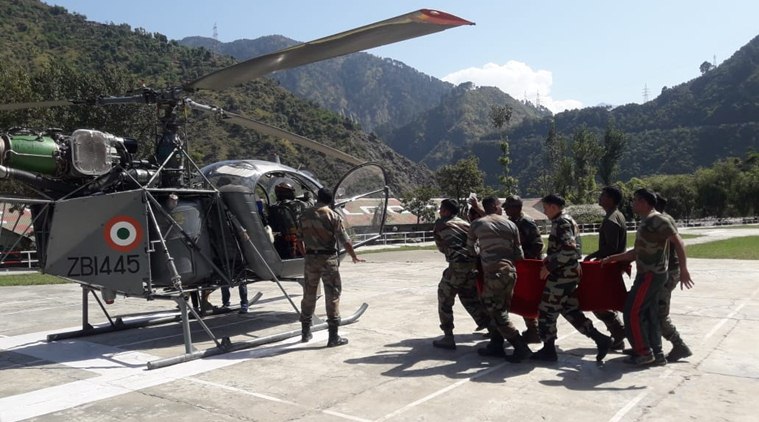 At least 20 people were killed when a bus carrying 36 passengers skidded off the highway and fell into a deep gorge in Indian-controlled Kashmir on Saturday.

The accident took place near Kala Morh in Ramban district, about 135 kilometers south of Srinagar city, the summer capital of Indian-controlled Kashmir.

"The death toll in today's tragic accident has now risen to 20 and the dead include children and women," said Anita Sharma, superintendent of police in Ramban. "The injured are undergoing treatment at different hospitals."

According to Sharma, the ill-fated vehicle was going from Banihal town to Ramban district headquarter.

Officials said the victims were local passengers heading to the main town.

"As the news about accident spread, locals, as well as police officials and disaster response force personnel, came to the spot to carry out rescue work of removing injured and retrieving bodies," Mushtaq Tehseen, a local said. "It was really a tough job to carry the injured and dead from the deep gorge."

Eyewitnesses said the vehicle was mangled after fall from a huge height.

Deputy commissioner in Ramban, Showkat Aijaz Bhat, said the administration sought help from the air force to airlift the injured to a hospital in Jammu.

"The injured have been admitted to a district hospital here, while as eight critical ones were airlifted to Jammu government medical college hospital for specialized treatment," Bhat said. "I appreciate the role of locals, who worked side by side with police and disaster response force personnel during the rescue work."

Police officials have registered a case and ordered an investigation to ascertain the reason behind the deadly accident.

According to police, the minibus was overcrowded and that could be one of the reasons why it lost control.

Officials also suspect that "negligent driving" caused of the accident.

Meanwhile, the region's governor Satya Pal Malik has expressed grief over the accident and announced financial assistance of 6,749 US dollars to each of the victims' families.

In a separate accident on Friday night in the region, at least 16 Indian army troopers were injured in a road accident in Shopian district, south of Srinagar.

The injured troopers, according to police, were immediately removed to the hospital.

Deadly road accidents are common in India, often caused due to overloading, bad condition of roads and reckless driving.

Officials said on an average over 400 deaths take place every day in India due to road accidents.

Last month 17 people were killed and 16 others injured in a similar accident in the same region.