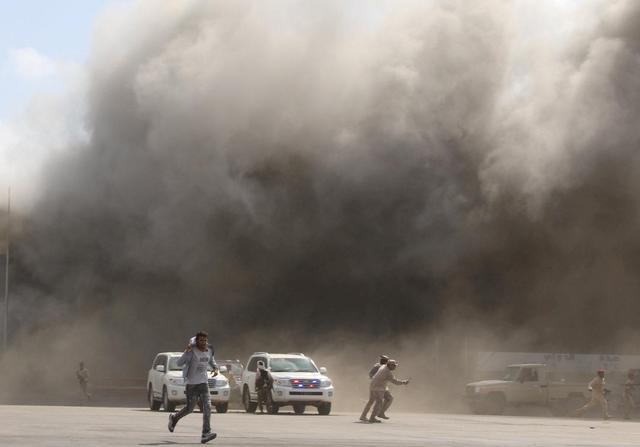 At least 20 people were killed and 65 others were injured in the blasts, local officials told Xinhua.
Yemen's Minister of Information and Culture Muammar Al-Earyani on Twitter soon accused Iran-backed Houthi rebels of being behind this "cowardly terrorist attack"; he also confirmed that all members of the newly formed government had been safely transferred to the presidential palace following the blasts.
Yemen's internationally recognized government and southern separatists formed a new cabinet on December 18. The power-sharing government arrived in the southern city of Aden on Wednesday, days after being sworn in in Saudi Arabia.