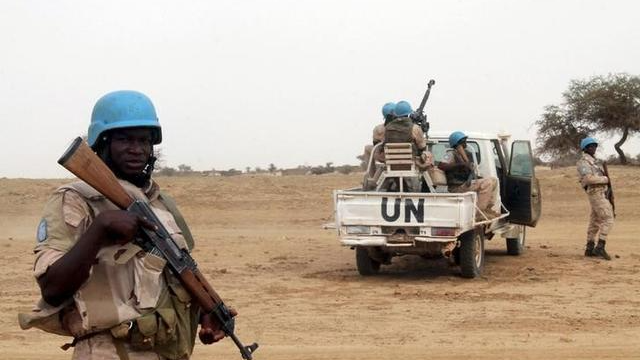 "Around 7 a.m. this morning, a temporary MINUSMA base in Kerena, located near Douentza, was the target of direct and indirect shooting. During the attack, and according to a provisional assessment, some twenty peacekeepers were wounded", said Salgado.

According to another anonymous source within MINUSMA, the injured peacekeeprs belonged to the Togolese contingent.

The head of MINUSMA Mahamat Saleh Annadif strongly condemned the cowardly attack on the peacekeepers, adding that all measures were taken to ensure the wounded receive appropriate treatment.

In January this year, five peacekeepers lost their lives during the UN peacekeeping mission in Mali where terrorist threats persist since the coup in 2012. In 2020, six peacekeepers were killed on mission.

The MINUSMA was deployed in 2013 to support political processes in Mali. During a failed coup in 2012, extremist militias took control of Mali's north. A UN-backed peace deal in 2015 between the government and various armed groups failed to stabilize the situation in the country's central and northern regions, with attacks multiplying in the past years.