At least 21 dead, 30 injured after tour bus crash in Mexico

A tour bus and a semi-trailer collided Wednesday on a mountain road in the Mexican state of Veracruz, and the bus rolled over and caught fire, killing at least 21 people and injuring 30, officials said. 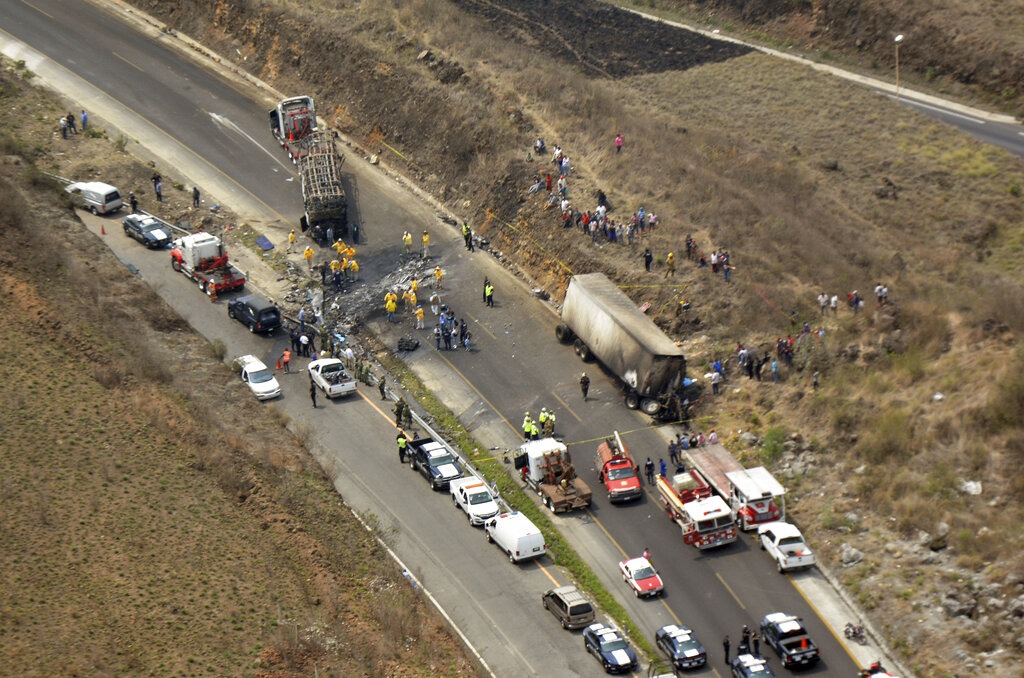 In the photo provided by the Civil Protection Office of Veracruz, rescue personnel work in the recovery efforts at a deadly road accident between a bus and a semi-trailer, on a mountain road in Veracruz state, Mexico, Wednesday, May 29, 2019. (Photo: AP)

Roberto Hernández, the civil defense director for Nogales township, said the bus turned onto one side and the ground blocked its exit doors.

Authorities said both vehicles were westbound when they apparently collided in a mountainous area known as Cumbres de Maltrata. Both caught fire.

In April 2006, a bus carrying religious pilgrims in the same area ran off the highway and tumbled down a steep ravine, killing 65 people.