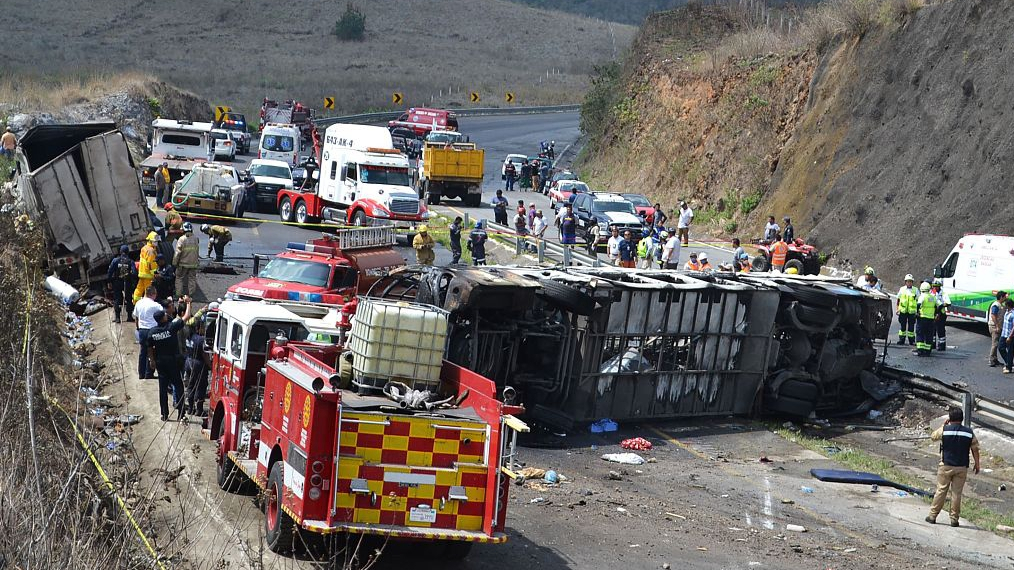 At least 21 people died in a fiery accident in the southeastern Mexican state of Veracruz on Wednesday when a bus collided with a semi-trailer truck, a state official and various local media outlets reported.

After the two vehicles collided on the mountain road, the bus rolled over on one side and caught fire. Roberto Hernández, the civil defense director for Nogales township, said the exit doors of the tumbled bus were blocked.

Photos and videos circulating on social media showed the bus and truck engulfed in flames.

The bus was traveling from Mexico City to Tuxtla Gutierrez in the southern state of Chiapas when the accident occurred in the state of Veracruz near the municipality of Maltrata.

“Civil Protection informed us that 20 people burned to death at the scene of the accident and another 31 were taken to hospital,” said German Arena, a spokesman for the municipality of Maltrata, where the accident occurred.

The causes of the accident were being investigated.