WORLD At least 21 dead in US flooding

At least 21 dead in US flooding 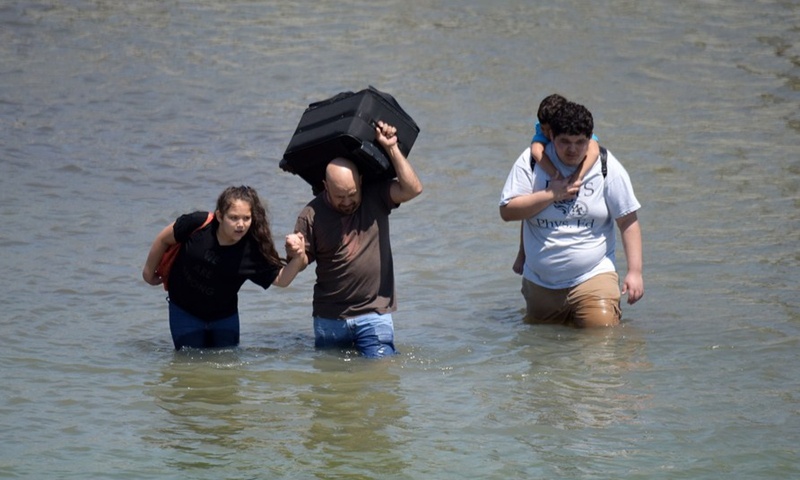 Residents walk on a flooded road when leaving their neibourhood in Port Arthur, Texas, the United States, Aug. 31, 2017. Harvey blew ashore on Aug. 25 2017 as the most powerful hurricane hitting Texas in more than 50 years, displacing hundreds of thousands of people and damaging some 200,000 homes in a path of destruction that stretches for more than 500 km. (Photo: Xinhua)

Devastating floods in the southern US state of Tennessee have left at least 21 people dead and dozens missing, local officials said Sunday in what they warned was a preliminary toll.

Tennessee was hit Saturday by what meteorologists called historic storms and flooding, dumping 15 inches (38 centimeters) or more of rain.

Humphreys county is about a 90-minute drive west of Nashville, the country music center.

Gillespie told reporters that the other death was in a rural area elsewhere in the county.

Initially some 40 people were reported missing, but by late afternoon that number had been cut in half.

"We're hopeful that we're getting to the end of that list," Gillespie said.

Local officials in Waverly likened the unusually intense storm to a hurricane or a tornado, and said water rose so quickly that some people were unable to escape.

Search and rescue operations were continuing Sunday, with workers going from home to home to search for victims or those needing assistance.

The Waverly Department of Public Safety posted on its Facebook page a list of names of missing people, and asked for the public's help to find them.

"We have several reported by first names only along with several missing children," the post said, urging people to inform authorities when someone on the list was found and is safe.

In Washington, President Joe Biden began an afternoon press conference by expressing his "deepest condolences for the sudden and tragic loss of life" in Tennessee.

Half a dozen children were among the missing, Davis said.

Authorities imposed a nighttime curfew as efforts to account for the missing continued.

Photos posted on social media showed a row of homes nearly submerged in brown floodwater, cars flipped over or piled on top of one another, and roads covered in mud and debris. One picture showed a lone person sitting on a rooftop, awaiting rescue.