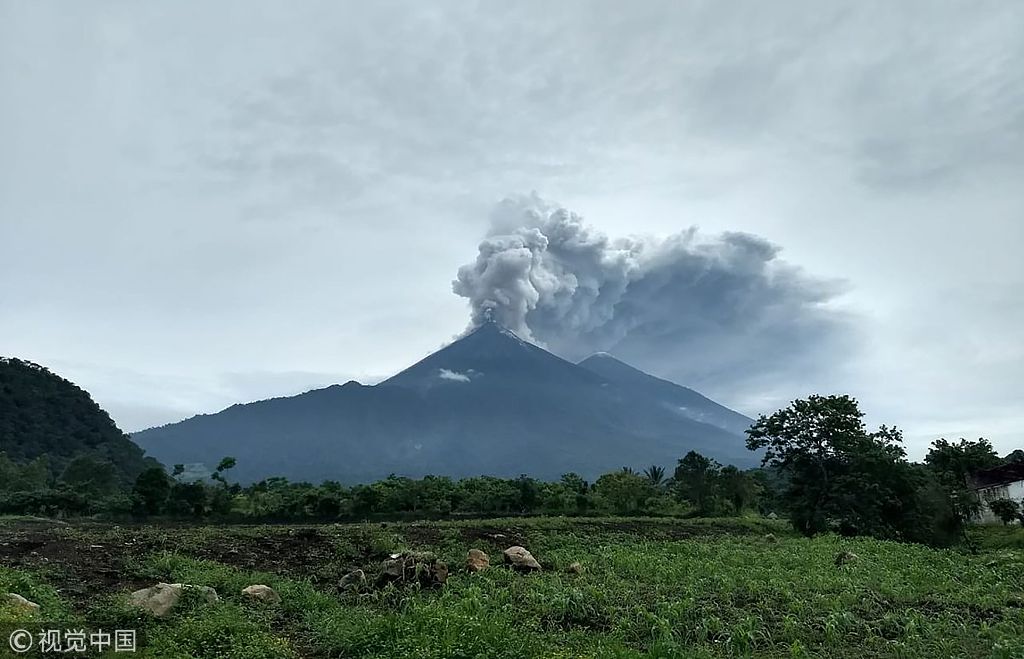 At least 25 people were killed and nearly 300 were injured on Sunday near the country's capital when Guatemala's Fuego volcano erupted violently for the second time this year. An undetermined number of people are also missing.

Nearby areas were blanketed by heavy volcanic ash and rocks.

"It's a river of lava that overflowed its banks and affected the Rodeo village. There are injured, burned and dead people," said Sergio Cabanas, the general secretary of Guatemala's Conred disaster agency.

The agency sent out rescue teams in search of trapped residents.

The eruption forced Guatemala City's La Auror International Airport to shut down its only runway due to the presence of volcanic ash and to guarantee passenger and aircraft safety.