WORLD At least 26 killed, 56 others injured in hotel bombing in Somalia

At least 26 killed, 56 others injured in hotel bombing in Somalia

MOGADISHU, July 13 (Xinhua) - At least 26 people were killed and 56 others injured in a deadly terrorist attack in the southern Somalia port town of Kismayo on Friday evening, officials said on Saturday. 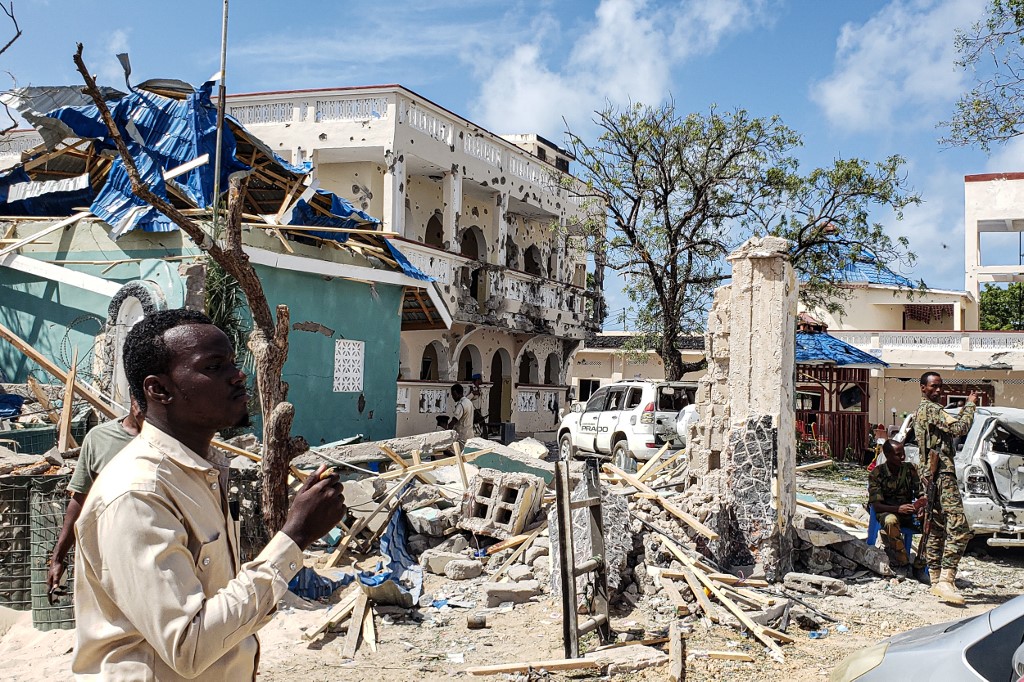 A man passes in front of the rubbles of the popular Medina hotel of Kismayo on July 13, 2019, a day after at least 26 people, including several foreigners, were killed and 56 injured.(Photo: AFP)

Jubbaland State president Ahmed Madobe said 10 foreigners from Kenya, Canada, America and Tanzania were among those killed when an al-Shabab suicide bomber rammed a vehicle loaded with explosives into the popular Medina hotel (formerly Asasey) in Kismayo town, before attackers forced their way inside the hotel.

Madobe said the attack at the hotel frequented by lawmakers and ministers was staged by four al-Shabab militants, noting that Jubbaland security forces managed to kill three of them while the fourth one was a suicide bomber.

He said three Kenyans, three Tanzanians, two Americans, a Canadian and a Briton who were residing in the hotel, were killed.

Somali journalists association confirmed that two journalists were among those killed in the Kismayo hotel attack.

According to the Somali Journalists Syndicate, Mohamed Omar Sahar, a SBC TV correspondent based in Kismayo, and Hodan Naleyeh, a television journalist and founder of Integration TV, were both killed in the attack.

The al-Qaida allied terrorist group, which is fighting to topple the international-backed government, has claimed responsibility for the attack.

The group still stages attacks against Somali and African Union peacekeeping forces, targeting their bases, hotels and other public places despite intensified operations from the allied forces.